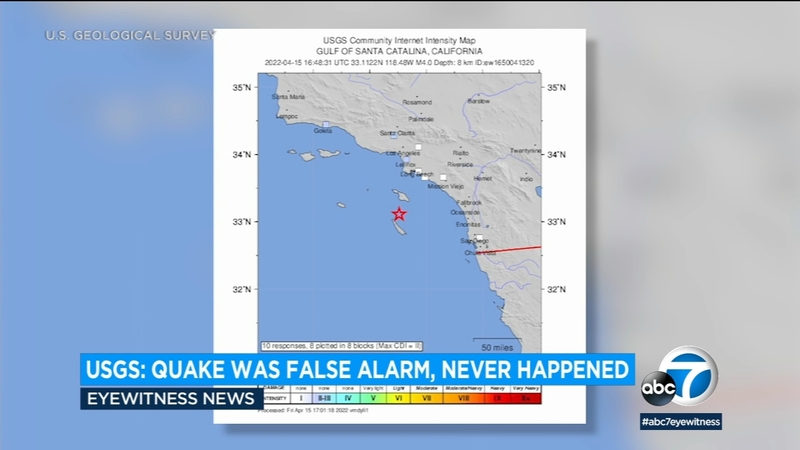 The USGS initially reported the offshore quake at 9:48 a.m., saying its epicenter was located about 18 miles south-southwest of the island community of Avalon and 44 miles south of San Pedro.

However, there was no earthquake. About an hour or so after the original report, the USGS' ShakeAlert system said that it had actually "detected a non-earthquake event," which triggered the system.

Hi everyone - #ShakeAlert detected a non-earthquake event which triggered our system. Fortunately, no public alerts were sent out. This is a bit of a first time for us because these events happen so rarely. Apologies for any confusion from our previous tweets.

It was not immediately clear what event could have triggered the system to register a 4.0 earthquake.

A Caltech engineer told Eyewitness News that it's possible something like significant surf noise could have triggered the non-earthquake event, but it remains unknown what it exactly was. The engineer also said the event was marked as "false" but somehow got through the system.

The event's algorithm was also different than the usual algorithm associated with earthquakes or the early warning detection system, according to Caltech.