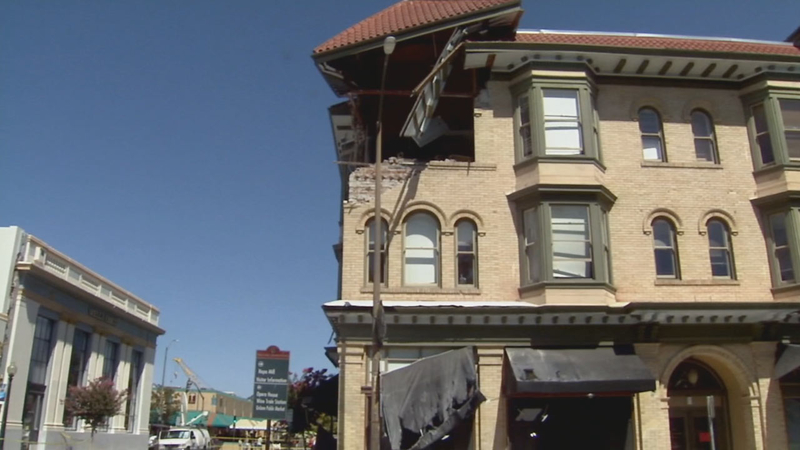 You've seen pictures and video of the damage from the Napa earthquake. Many of the damaged buildings had previously been retrofitted.

When Sunday's 6.0 earthquake rolled through Napa, the city's old brick buildings did not fare very well, even though many of them were earthquake retrofitted.

But where most people see destruction, structural engineers see success.

Cochran says retrofitting a building will make older buildings safer when the earth starts shaking, but will never make them "earthquake-proof."

"These buildings aren't perfect. We retrofit them so you get out of them alive," said Cochran.

And while facades may have collapsed, Cochran says the building is still standing. As for homeowners, he says they need to make sure their houses are bolted to the foundation to keep them from sliding off.

"Some really old houses were not bolted to their foundation so they literally don't slide off during an earthquake," said Cochran. "It's very expensive to lift that house back up."

But bolted-down foundations are not a high priority for some Southern Californians, many of whom readily admit they're woefully unprepared for a big quake.

Meantime, Los Angeles and other cities are considering a ranking system for commercial buildings, a number grade on how each building is expected to fare in a quake. It's a plan Cochran hopes will get a jolt of support from Napa's mess, spurring Southern California residents to prepare as well.