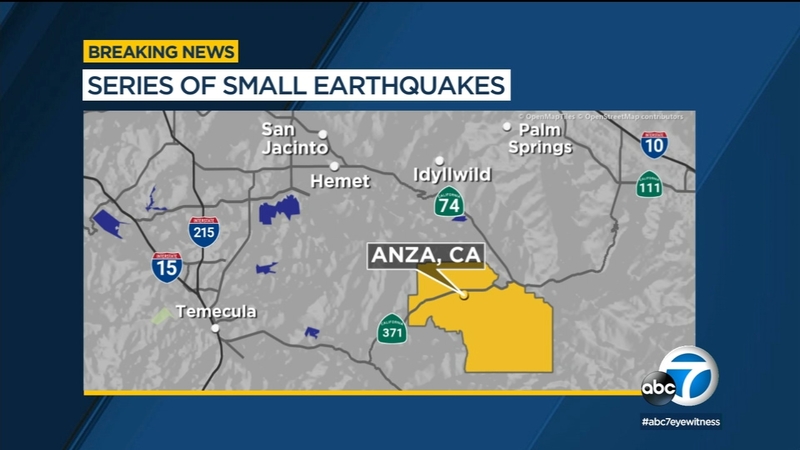 ANZA, Calif. (KABC) -- A series of earthquakes, the strongest being a 3.7-magnitude quake, struck the Anza area Tuesday afternoon, according to the U.S. Geological Survey.

The first temblor, a 3.7 quake, hit around 3:41 p.m. It hit about five miles south of Mountain Center, and roughly 15 miles east-southeast of Hemet, according to the USGS.

No significant damage was immediately reported.