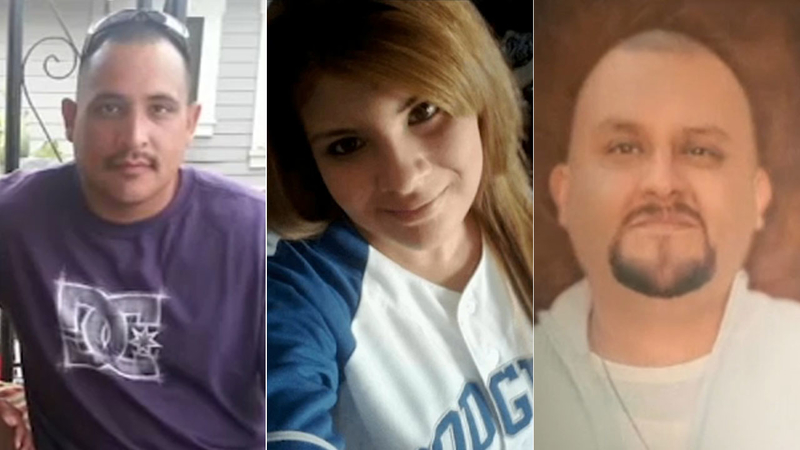 'They will kill again': Suspects sought in 3 East LA murders

EAST LOS ANGELES (KABC) -- The Los Angeles County Sheriff's Department announced an $80,000 reward on Wednesday for information leading to the capture of two killers. The suspects are wanted for three separate murders between 2014 and 2018. Detectives say the men are armed, dangerous and likely to kill again. The reward is being offered by the office of Los Angeles County Supervisor Hilda Solis.

"Every day without her, there's a hole in my heart," Rozelle Lopez tells Eyewitness News. Her daughter, Amanda Nicole Lopez, known to her friends as Nikki, was shot and killed three years ago in April. Lopez wants people to know that her daughter mattered.

"You know, I never thought that I would ever lose a child," Lopez says. "It's the worst feeling in the world. It's something that no parent should have to experience... you should never have to bury your child."

Rozelle says Nikki was having trouble with family members and had moved temporarily into a tent just outside the field office for Supervisor Hilda Solis in East Los Angeles.

Surveillance video shows the killer being dropped off by an accomplice around the corner . They were in a silver PT Cruiser. It was April 22, 2018, at 2:40 am.

Detective Lugo says the killer walked through a courtyard outside the East L.A. Courthouse before walking up to Nikki's tent.

"The suspect was armed with a gun," says Detective Lugo. "He walks up to the tent here which was right underneath this canopy in front of Hilda Solis' office, opens the tent and fires at least one round hitting the victim in the upper torso."

"I would want to know what she could've done that was so wrong that he felt that he needed, he or she needed to be judge, jury and executioner," says Rozelle Lopez.

What's even more frightening -- detectives have linked the same two suspects to two other murders.

On July 6, 2015 Eddie Robles was shot and killed outside an apartment building on Eagle Street in East Los Angeles.

"It was a cold-blooded killing, Eddie was just standing there," says Detective Lugo. "The suspect jumped over and punctured the victim's tires to his SUV. He left for approximately five minutes and returned and walked up to the victim as if nothing had occurred and shot him numerous times in front of 15 to 20 witnesses."

The killer was seen by witnesses leaving with that same accomplice.

"The suspects should be considered armed and extremely dangerous," says Detective Lugo. "And we believe they will kill again."

The first victim linked to these two killers was Jesse Avalos, a father of three. Avalos was shot and killed on Feb. 11, 2014 on East Telegraph Road just off the 5 Freeway in East Los Angeles.

"He was a big kid," says Jesse's sister Maria Orozco. "He was a people person, he liked people and he was everybody's friend. He was very gullible, very trusting."

"He would empty out the fridge feeding his friends because that's just how he was," says sister Bertha Avalos. "You know, all about giving to others."

Detectives say Jesse got a call that night at around 11pm -- someone asking him to jump their car.

"The victim's car was found right around this area here," says Detective Lugo. "Three-thirty in the morning, Jesse was found shot numerous times in his vehicle while still strapped to his seatbelt and the hood of his SUV up as if he was giving somebody a jump."

"Our kids miss him a lot and they remember him," says sister Maria Orozco. 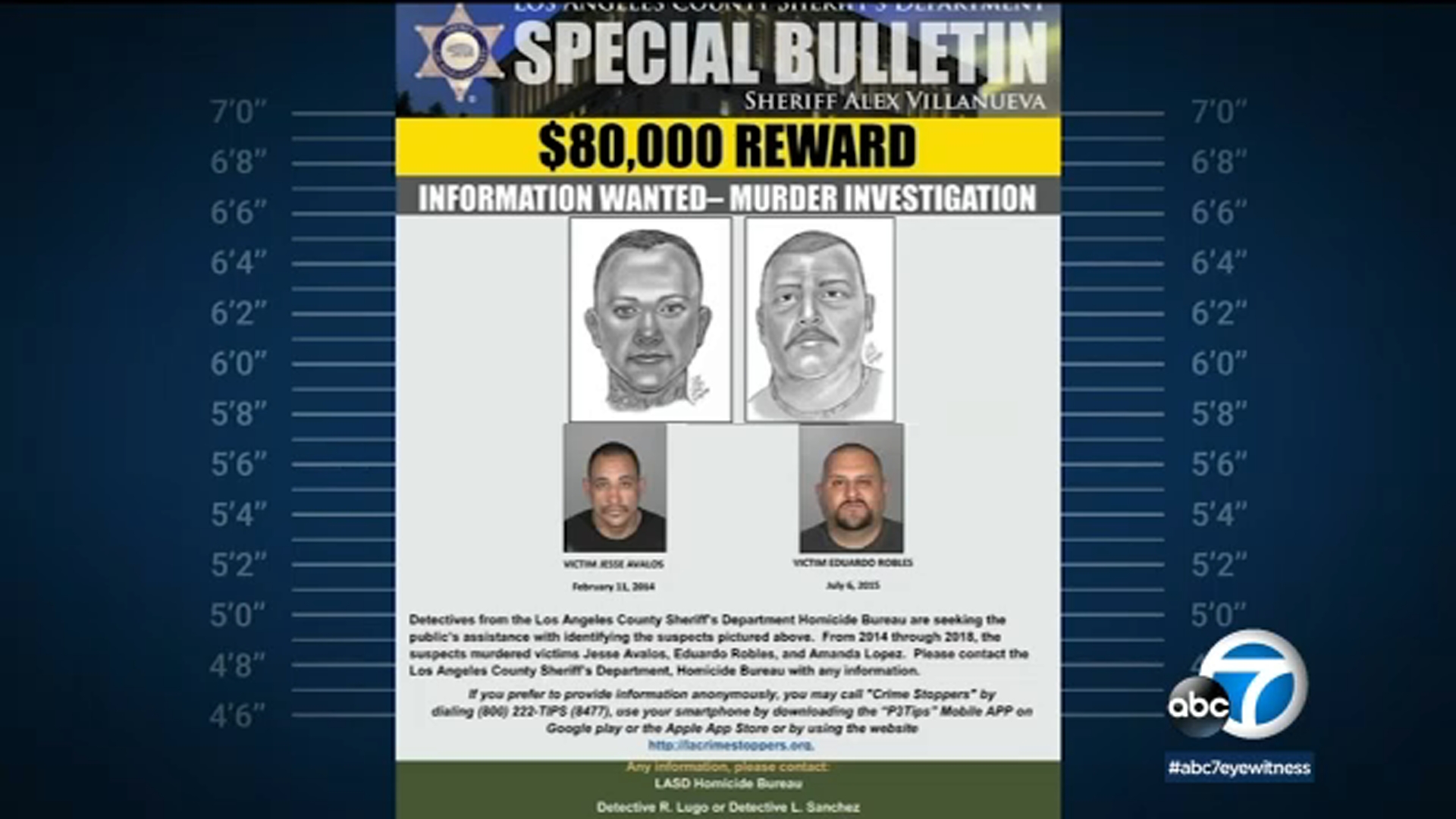 The shooter is described as a Hispanic male, 5-foot-7 to 5-foot-9 with a tattoo on his neck.

The accomplice is described as a Hispanic male in his mid-to late-40s, 5-foot-6, heavyset with a possible mustache.

"I want to tell both suspects that we are eventually going to find you, catch you and it's only a matter of time," says Detective Lugo. "So, if you're smart you guys should turn yourselves in. If not, we're coming for you."