Wanted: Suspect who sexually assaulted woman in her Echo Park home as she slept 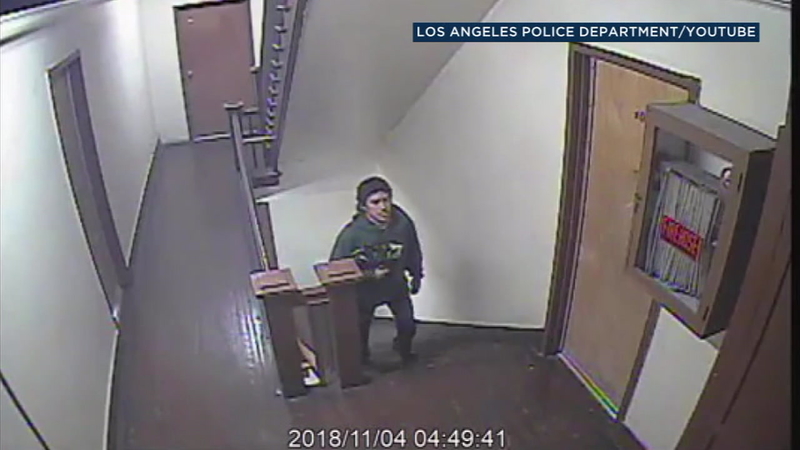 ECHO PARK, LOS ANGELES (KABC) -- Los Angeles police are looking for a man who broke into a woman's apartment in Echo Park and sexually assaulted her while she was sleeping.

Police say the suspect reached the victim's window using the fire escape, then pried the window open to get inside. He sexually assaulted her and then she woke up and was able to push him away. The man then fled through the front door.

Police described the suspect as a male Hispanic with black hair, brown eyes and a mostly clean-shaven face. He stands about 5 feet 5 inches tall and weighs 150 pounds. He is believed to be between 19 and 25 years old. He was wearing a green jacket with an unknown logo on the front, with dark pants and black Adidas shoes.

Four days later in the Hollywood Hills, a different suspect was caught on camera. Police say he broke into a woman's apartment through an open window by removing the screen -- all while she exercised inside at about 1:30 p.m. The woman confronted him as he rifled through her bedroom end-table drawers. He, too, took off through the front door.

Security experts said hot prowl burglaries like this should remind people to take precautions, no matter the time of day or neighborhood.

"Lock the front door, lock a sliding door, lock a window. They have alarm systems now that are wireless that you can put on the front door or somewhere to get in," said retired Los Angeles County Sheriff's Sgt. Bruce Thomas. "Once again, high-decimal output scares away the intruder.