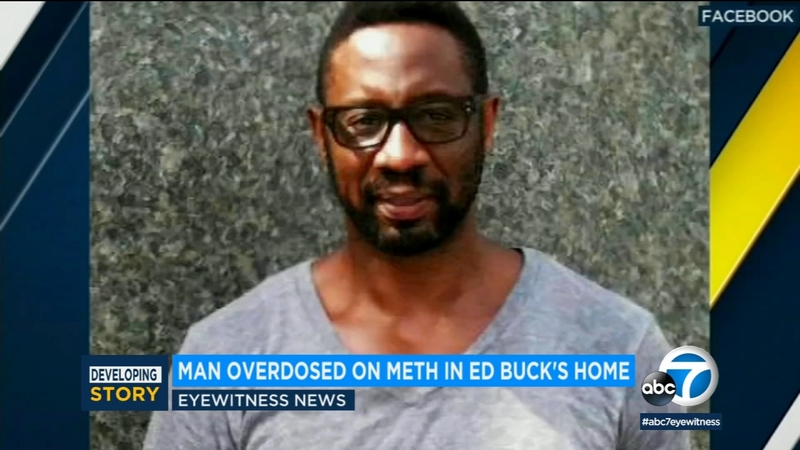 WEST HOLLYWOOD, Calif. (KABC) -- A 55-year-old man who died in January at the West Hollywood home of a prominent Democratic donor overdosed on methamphetamine and his death was ruled accidental, authorities announced Monday.

Timothy Dean was found dead at Ed Buck's apartment in the 1200 block of Laurel Avenue. It was the second death from an accidental methamphetamine overdose at the same apartment in less than 18 months and prompted renewed calls for a criminal prosecution of Buck.

According to the Los Angeles County Sheriff's Department, deputies responded shortly after 1 a.m. to a report of a person not breathing at Buck's home. Paramedics pronounced Dean, a West Hollywood resident, dead at the scene.

The body of 26-year-old Gemmel Moore was found at the same apartment on July 27, 2017. The county coroner's office ruled Moore's death an accidental methamphetamine overdose. His family had called for prosecutors to charge Buck with a crime.

Sheriff's investigators said Buck was present at the home when both deaths occurred.

"Investigators are continuing to interview individuals who may have come forward to provide information,'' according to the Sheriff's Department. "This investigation is ongoing and there is no further information available to release at this time."