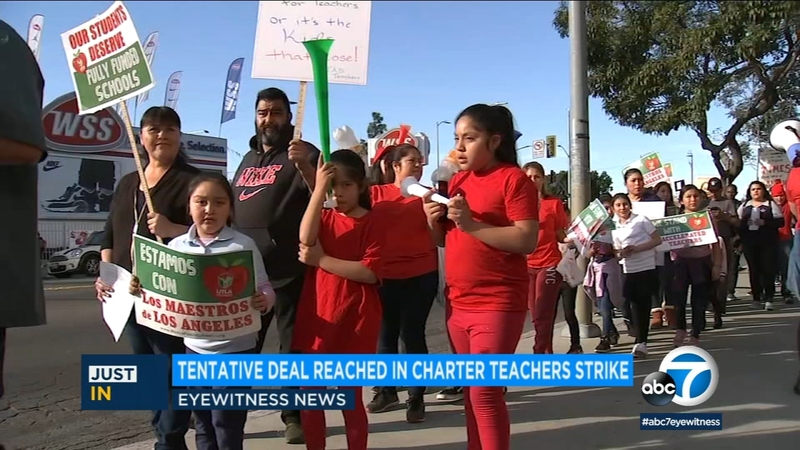 "We are happy to announce that teachers will be returning to their classrooms on Monday with the official end of their strike pending ratification of the agreement," UTLA said.

The strike by Los Angeles Unified School District teachers has ended, but educators at local charter schools are still fighting.

UTLA's members who work at the public schools of the Los Angeles Unified School District went on strike earlier this month, reaching a deal after six days out of the classroom.

But UTLA also represents about 80 teachers at the Accelerated Schools, whose separate strike lasted eight days.

The Accelerated Schools include an elementary school, a K-8 school and Wallis Annenberg High School in the South Los Angeles area.

The Accelerated strike was the first ever by charter school teachers in California, according to the union.