COVID screening is key to keeping students safe, but not all tests are the same. Here's what USC researchers found 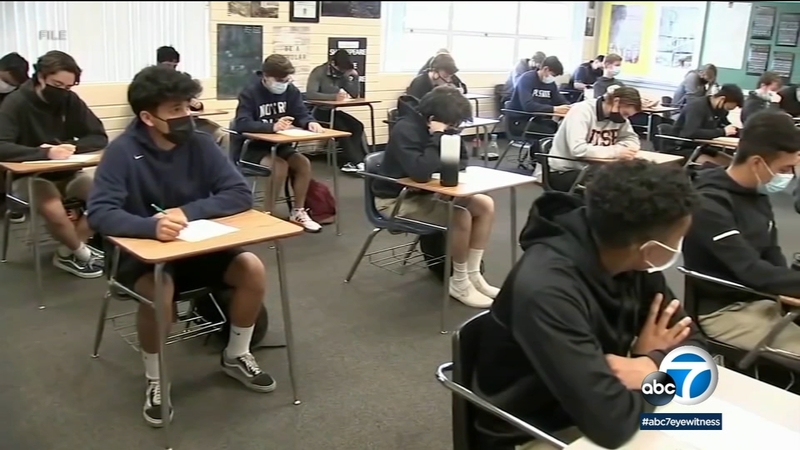 With many schools set to reopen for part-time in-person learning next week, USC researchers set out to study the most effective way to test children for COVID-19.

It's not the most sensitive test, but scientists say the way it is administered can make all the difference.

Researchers at the USC Schaeffer Center for Health Policy and Economics did a large study on rapid antigen testing on students 5 to 17 years old. The federal government purchased 150 million BinaxNow tests from Abbott to use in nursing homes and schools.

"The test performs really well when you look at the small subset of kids who are very likely to be infectious," Sood said.

LAUSD Superintendent Austin Beutner provided a tour of a Venice elementary school to demonstrate the COVID-19 protocols in place when campuses reopen.

But they also screened the same group with the more sensitive PCR tests. The antigen tests only detected half of the kids who tested positive with PCR. But when an antigen test is conducted a second time, Sood said, "Four days later when your viral load rises, the test is going to catch the kids as being infected. And that's probably likely when the kid is most infectious."

Used in this fashion, Sood said the rapid antigen test, whose results are available in 15 minutes, is the fastest way to find the most contagious students.

After spring break, change is coming to Sandra Wilson's household. Her three children will be in school two days a week, and learning from home the rest of the week..

Yet the possibility of COVID infection still weighs on the San Fernando mother's mind, because she's unsure of her school's plans for testing.

"I have heard a little bit about possibly being tested once a week, but I do not know what kind of tests that will be," Wilson said.

Wilson knows that returning to in-person learning will have its challenges, but she hopes this new information will help keep her children safe.

"I am hopeful that things will get up to speed and everything's going to run smoothly," she said.