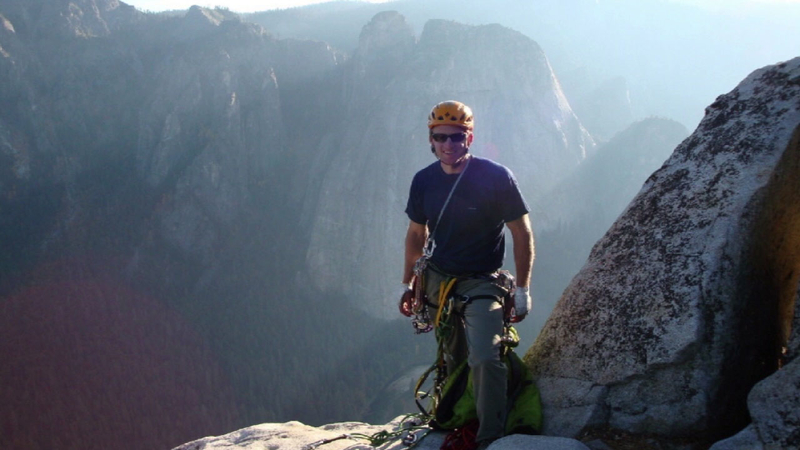 PALMDALE, Calif. (KABC) -- A Palmdale family is grieving the loss of a beloved father and teacher who was killed while climbing El Capitan at Yosemite National Park over the weekend.

Tim Klein's faith was his driving force, sending him up mountains and motivating him to touch as many young lives as possible as a teacher at Palmdale High School.

"He loved to invest in people and really show them their worth," said wife J.J. Klein.

The 42-year-old father of two and his best friend were killed Saturday morning. Tim Klein, Jason Wells and Kevin Prince were all on the mountain when a bag from another climber above fell, apparently knocking Tim Klein and Wells off the shear rock.

"He and Jason both are probably the most accomplished unsponsored athletes, I would say. They've climbed it together 70 times, at least," J.J. Klein added.

He used his love of climbing to show his students anything was possible. He even got a Guinness World Record for indoor climbing in honor of his student who had been shot in the head in a drive-by shooting.

"He wanted to help his students turn a passion into a paycheck. No matter what they were going to do in life, he wanted them to be a successful person," said father John Klein, as he held back tears.

Just awarded teacher of the year by his school district, Tim Klein's wife surprised him with a party to celebrate his dedication to helping others.

"I just feel like people wait too long to celebrate someone, and I just didn't want that to happen," J.J. Klein said. "I had no idea at the time that that would be kind of like his memorial, but I'm really glad that we got to honor him that way so he would know how loved he is."