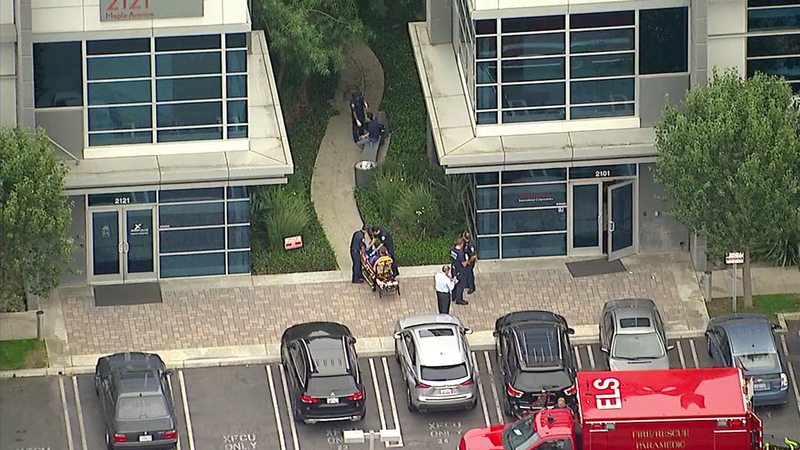 EL SEGUNDO, Calif. (KABC) -- At least 17 people may have suffered from food poisoning at an El Segundo business and eight of them were taken to a nearby hospital for evaluation Wednesday afternoon.

Nine ambulances were called in and eight people were transported in five ambulances. Emergency personnel blocked off streets to let the ambulances through.

People were nauseous, vomiting and felt dizzy, authorities said. Authorities later learned the food that caused the issue was spaghetti.