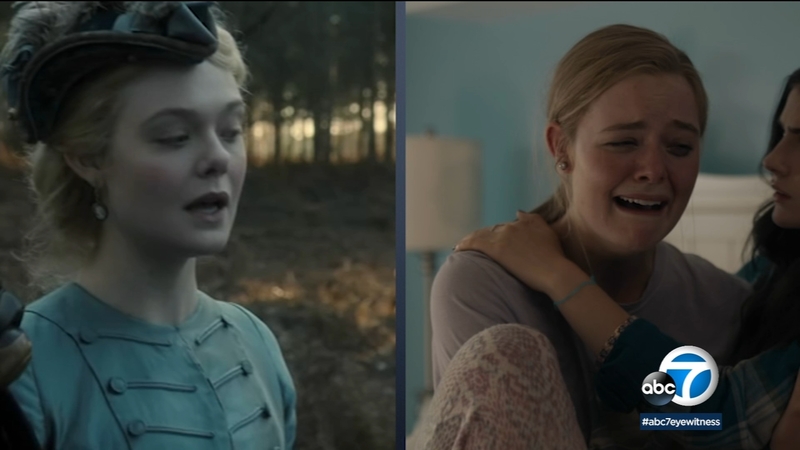 With two mega hits streaming now, the 24-year-old has been dubbed the darling of Hulu.

In "The Girl from Plainville," Fanning plays a troubled teen accused, and convicted, in the infamous texting suicide case.

In "The Great," she's the powerful Catherine the Great, with co-star Nicholas Hoult.

Fanning credits the role with expanding her world in multiple ways.

"It's a really special experience for me," she said. "I feel like I've grown so much in myself as a person and also through acting with Catherine. I feel like my capacities have opened up, and she's made me feel really kind of invincible in some ways."

Feeling invincible might be why Fanning signed up for these two wildly different projects - in addition to being a producer on both.

"I had two weeks in between filming season two of 'The Great' and going to the 'Girl from Plainville,'" she said. "Those two weeks it was ... there was a lot to figure out. Being a producer, and having your name there, it's not just a name. You have to step up to that challenge, and making sure that everyone is feeling heard and confident and comfortable so we can create the best show possible."