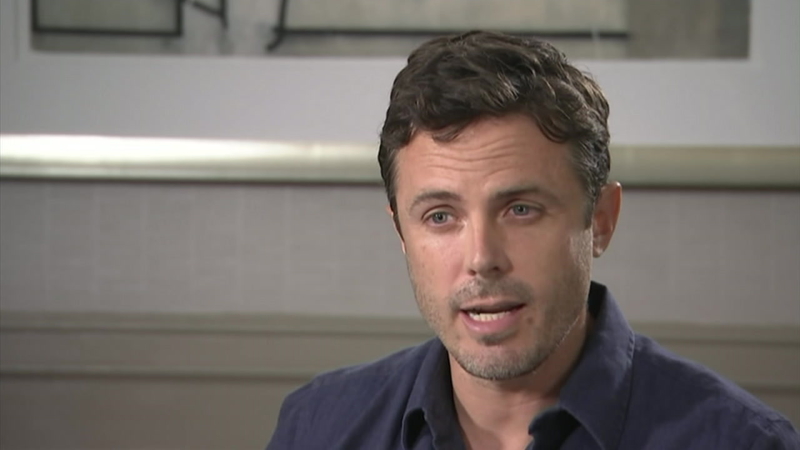 Casey Affleck opens up about allegations made against him

LOS ANGELES (KABC) -- Actor Casey Affleck opened up about past allegations made against him in light of the #MeToo movement.

In an exclusive interview with the Associated Press, he also talked about bowing out of presenting the best actress Oscar this year.

"I wish I had found a way to kind of resolve things in a different way. I hate that," Affleck said about two civil lawsuits settled in 2010 involving sexual misconduct allegations during the making of "I'm Still Here."

He produced and directed the film, and, with Joaquin Phoenix, co-wrote it and co-starred in it.

"I had never had any complaints like that made about me before in my life, and it was really embarrassing, and I didn't know how to handle it," he said.

Affleck said he did not agree with everything that was being said about the situation but said everyone did agree to try and put the whole thing behind them and move on. He does, however, admit there was an unprofessional environment on the set, and he tolerated it. Now, he accepts responsibility for it.

"I regret a lot of that. I really did not know what I was responsible for as kind of the boss. I don't know if I even thought of myself as the boss, but I behaved in a way -- and I allowed others to behave in a way -- that was really unprofessional, and I'm sorry," he added.

The controversy re-surfaced during Affleck's 2017 Oscar campaign for "Manchester by the Sea." He won the prize for best actor.

But this year, when there was so much talk at the Oscars about #MeToo and #TimesUp, he skipped presenting the best actress category.

"Just given everything that was going on, and our culture at the moment, having two incredible women go present the best actress award really felt like the right thing," Affleck said.

Moving forward, Affleck is starring opposite Robert Redford in "The Old Man and the Gun," which is due out at the end of September.