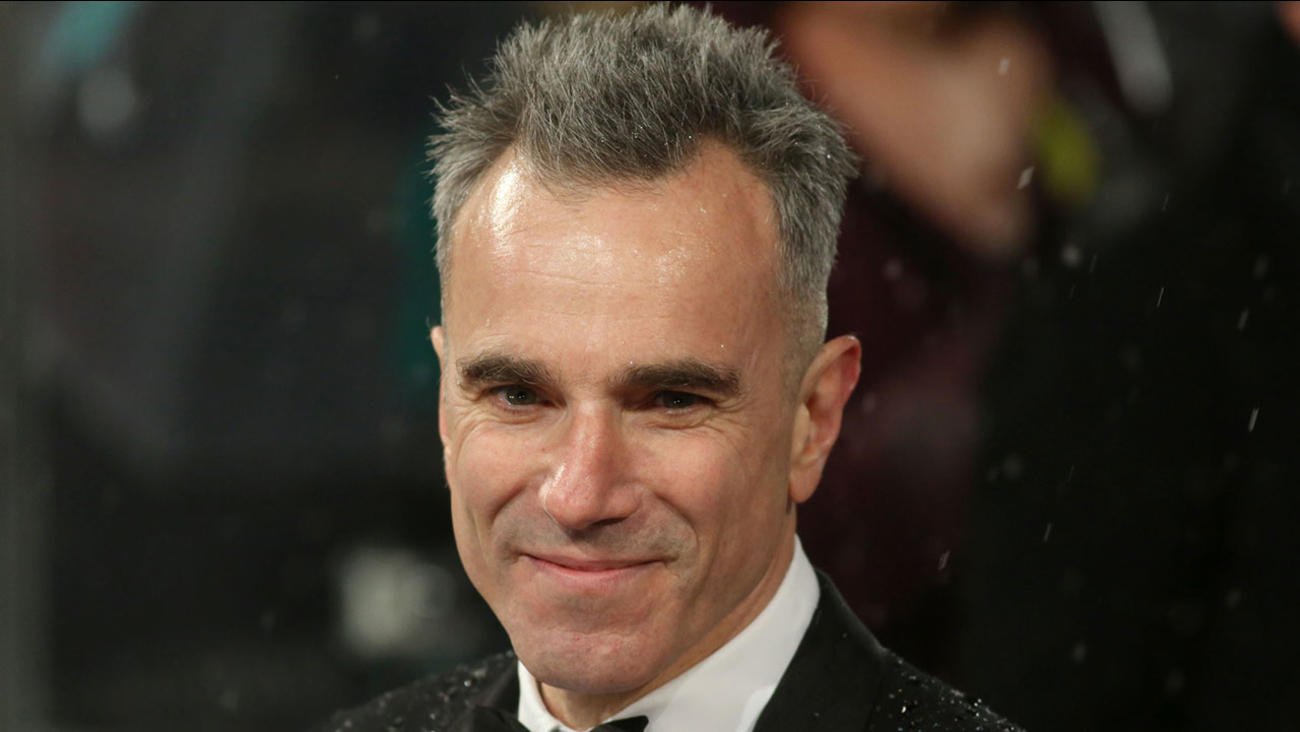 Daniel Day-Lewis announced Tuesday that he has shot his last film and performed in his last play.

NEW YORK -- Daniel Day-Lewis, one of the most widely respected actors of his generation and a three-time Oscar-winner, says he's retiring from acting.

The 60-year-old actor announced Tuesday that he has shot his last film and performed in his last play. That makes Paul Thomas Anderson's already filmed "Phantom Thread," due out in December, his final film.

"Daniel Day-Lewis will no longer be working as an actor," his representative Leslee Dart said in a statement. "He is immensely grateful to all of his collaborators and audiences over the many years. This is a private decision and neither he nor his representatives will make any further comment on this subject."

The announcement sent shockwaves through Hollywood, where Day-Lewis is revered as possibly the finest actor of his time. But Day-Lewis has also long been an exceptionally deliberate performer who often spends years preparing for a role, crafting his characters with an uncommon, methodical completeness.

"I don't dismember a character into its component parts and then kind of bolt it all together, and off you go," Day-Lewis told the AP in 2012, discussing Steven Spielberg's "Lincoln." ''I tend to try and allow things to happen slowly, over a long period of time. As I feel I'm growing into a sense of that life, if I'm lucky, I begin to hear a voice."

He has stepped away from film before. In the late 1990s, he famously apprenticed as a shoemaker in Florence, Italy - a period he called "semi-retirement." ''Phantom Thread," which Focus Features will release Dec. 25, is his first film in five years, following "Lincoln."

A five-time Academy Award nominee, Day-Lewis is the only one to ever win best actor three times. He earned Oscars for "My Left Foot," ''Lincoln" and "There Will Be Blood."

Day-Lewis, who is married to writer-director Rebecca Miller with three children, broke through with 1985's "My Beautiful Laundrette," by Stephen Frears. His films since then have included "The Last of the Mohicans," ''The Age of Innocence," ''In the Name of the Father" and "Gangs of New York."