Laverne Cox and other 2020 Emmy nominees react to their nominations: WATCH

OTRC
LOS ANGELES -- It's not often that Emmy nomination presenters are surprised with nominations themselves, but that's exactly what happened for actress Laverne Cox Tuesday morning.

Cox, who joined host Leslie Jones remotely as a presenter during the announcement, was among the nominees for Outstanding Guest Actress in a Drama Series for her work on "Orange Is the New Black." The guest actor and actress categories were not among those announced live on Tuesday morning, but Jones surprised Cox by letting her know that she had been nominated after the other categories were announced.

Cox appeared to initially think that Jones was joking with her or referencing a nomination from a previous year.

"You've been nominated!" Jones enthusiastically told a surprised Cox as fellow presenters Josh Gad and Tatiana Maslany laughed and applauded. "This whole thing was set up for you!"

"Really?!" Cox asked as Jones retorted, "Do you not believe me? You did it! She did it!" Watch the moment in the player above.

Alexis Bledel ("The Handmaid's Tale"), Cherry Jones ("Succession"), Phylicia Rashad ("This Is Us"), Cicely Tyson ("How To Get Away With Murder") and Harriet Walker ("Succession") were also nominated in the category.

Kerry Washington, nominated for Lead Actress in a Limited Series or Movie for "Little Fires Everywhere" in addition to several production nominations

"To be recognized in this way this morning is such an honor - but to be able to share it with my partner Pilar Savone and our Simpson Street family makes it even more meaningful.

"The exepreinces we've been able to have this year were beyond our wildest dreams: working with the legendary Norman Lear and Jimmy Kimmel to bring iconic shows from the 70s to new audiences with Live In Front of a Studio Audience, to adapting AMERICAN SON, a Broadway play about Black lives and police violence to Netflix, to bringing Celeste Ng's beautiful novel Little Fires Everywhere to life with my incredible friends Reese Witherspoon, Lauren Neustadter and Liz Tigelar.

"But the tears came this morning when I heard about Lynn Shelton's nomination for Little Fires Everywhere. I'm so incredibly grateful that the Television Academy has chosen to honor Lynn with this very deserved nomination. I know she's celebrating in the beyond."

Christina Applegate, nominated for Lead Actress in a Comedy Series for "Dead to Me"

I’m so proud of my wonderful friends @lindacardellini and @thelizfeldman and the entire cast and crew of @deadtome These are strange times. Sad times. But it’s nice to have some good news. Much love

Michael Douglas, nominated for Lead Actor in a Comedy Series for "The Kominsky Method"

"There's not a lot of good news these days, so I was honored to receive the nomination from my fellow academy members. An opportunity to acknowledge the wonderful writing of Chuck Lorre and Al Higgins; a spectacular cast led by Alan Arkin, who makes me look good, and the strong support of Netflix. Thank you all!"

2 Good to be True! Thank you to the @TelevisionAcad for a great start to my day! 😊 Blessed to still be representing my #ThisIsUs fam (Love you all!) & overjoyed to be recognized for the immense fun I had with @AlexBorstein & @RachelBros on #MrsMaisel Stay safe. Stay sane. #BLM✊🏿 pic.twitter.com/kmWkNGhn9U

"Thank you!!! I am very honored to be in the company of such gifted women, who have helped us all get through this screen centered moment in time!" - Meryl Streep

William Jackson Harper, nominated for Supporting Actor in a Comedy Series for "The Good Place

Helena Bonham Carter, nominated for Supporting Actress in a Drama Series for "The Crown"

"I am thrilled to receive an Emmy nomination. Margaret was a gift of a part and was a dream job. This is icing on the most full fat delicious cake I've ever eaten. Also given these past few months I have become ever more grateful to my television. It has been my window to the world. And I'm so thankful to the parts that television are now offering to women. We all know middle age is when we get interesting and it's so great that stories are being made where we are invited to lead rather than retire to being the mother or grandmother in the background .... women of all ages and colour have never had it better. Thank you Telly!"

Mark Ruffalo, nominated for Lead Actor in a Limited Series or Movie for "I Know This Much is True"

Although this Emmy nomination comes with enormous gratitude, it would be disingenuous of me to say that it isn’t bittersweet. I am nothing in #IKnowThisMuchIsTrue without Derek Cianfrance who has made a piece of work that will stand the test of time...#Emmys pic.twitter.com/PSnTf9yB05

Shira Haas, nominated for Outstanding Lead Actress in a Limited Series or Movie for "Unorthodox"

Jim Parsons, nominated for Outstanding Supporting Actor in a Limited Series or Movie for "Hollywood"

"Well, this is a really sweet surprise in the middle of a really weird time in the world - thank you to the Television Academy! I'm very moved to be listed alongside such talented actors, and am eternally grateful that Ryan Murphy gave me the chance to be a part of HOLLYWOOD and to work with such an immensely gifted group of people - the whole experience was about as good as it gets and I know how fortunate I was to have taken this journey."

"I am completely blown away as I wasn't aware nominations were being announced today. This double nomination for "Better Call Saul" and "The Mandalorian" comes as the most delightful, overwhelming surprise. I am honored to be recognized by the Television Academy and want to give thanks to my Better Call Saul and The Mandalorian families whose tireless work I am continually in awe of. I am in gratitude for this incredible honoring."

Dan Levy, nominated for Supporting Actor in a Comedy Series for "Schitt's Creek"

for once I am speechless. 🥺 https://t.co/OIivtk9qPO

"This morning has been the most incredible surprise. We are overwhelmed and filled with gratitude for this recognition. Unfathomably proud of our little show." -Dan & Eugene Levy, co-creators/stars of Schitt's Creek

"We are beyond grateful to the Television Academy for this nomination, it's a testament to the lasting relevance of Margaret Atwood's book 30 years after it was published, and an honor to be recognized for our extrapolation of her world. I'm incredibly proud of our cast, crew, writers, directors and producers for their hard work and thrilled for our team to receive this recognition." 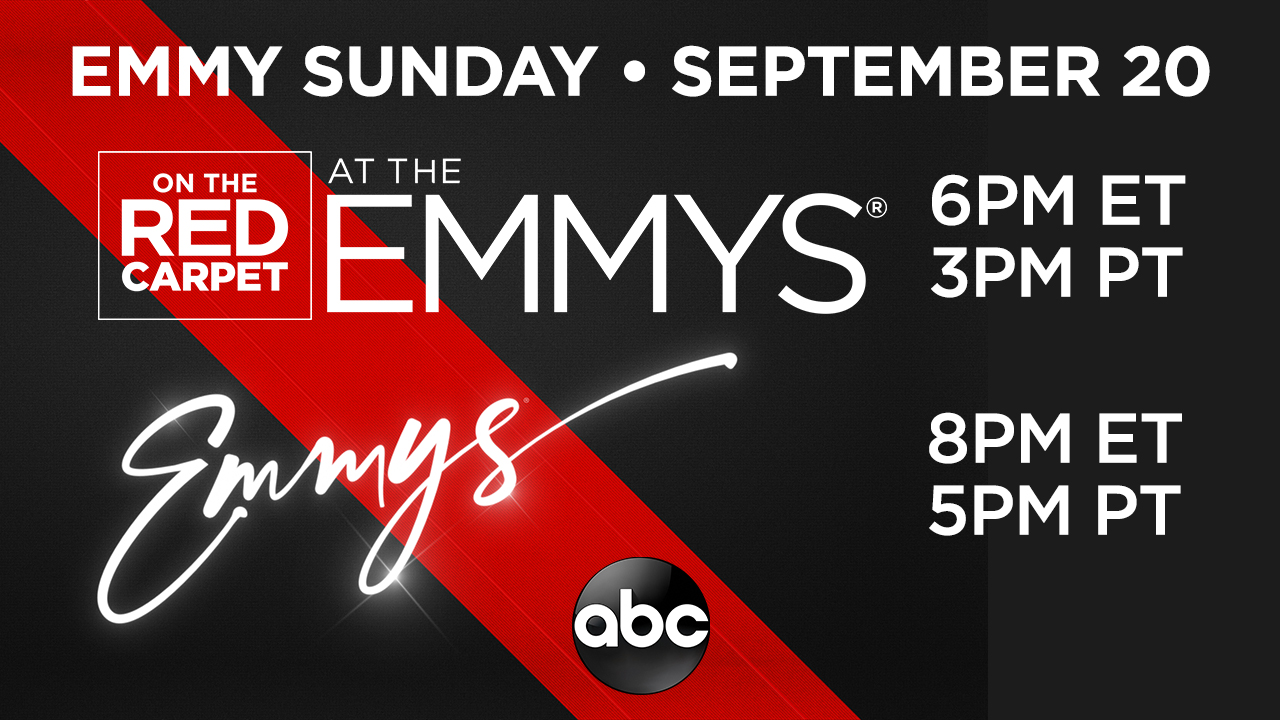 Join us on Sunday, September 20, for the Emmys on ABC. 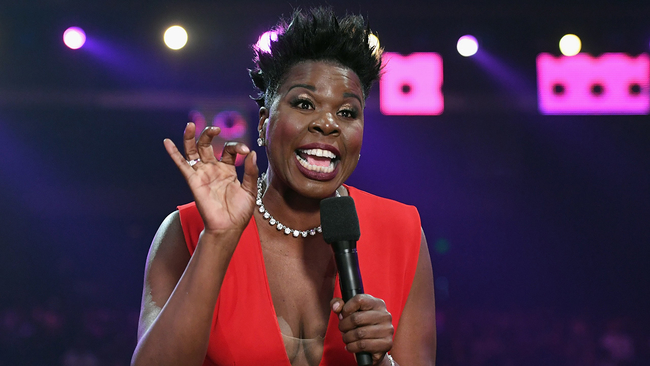