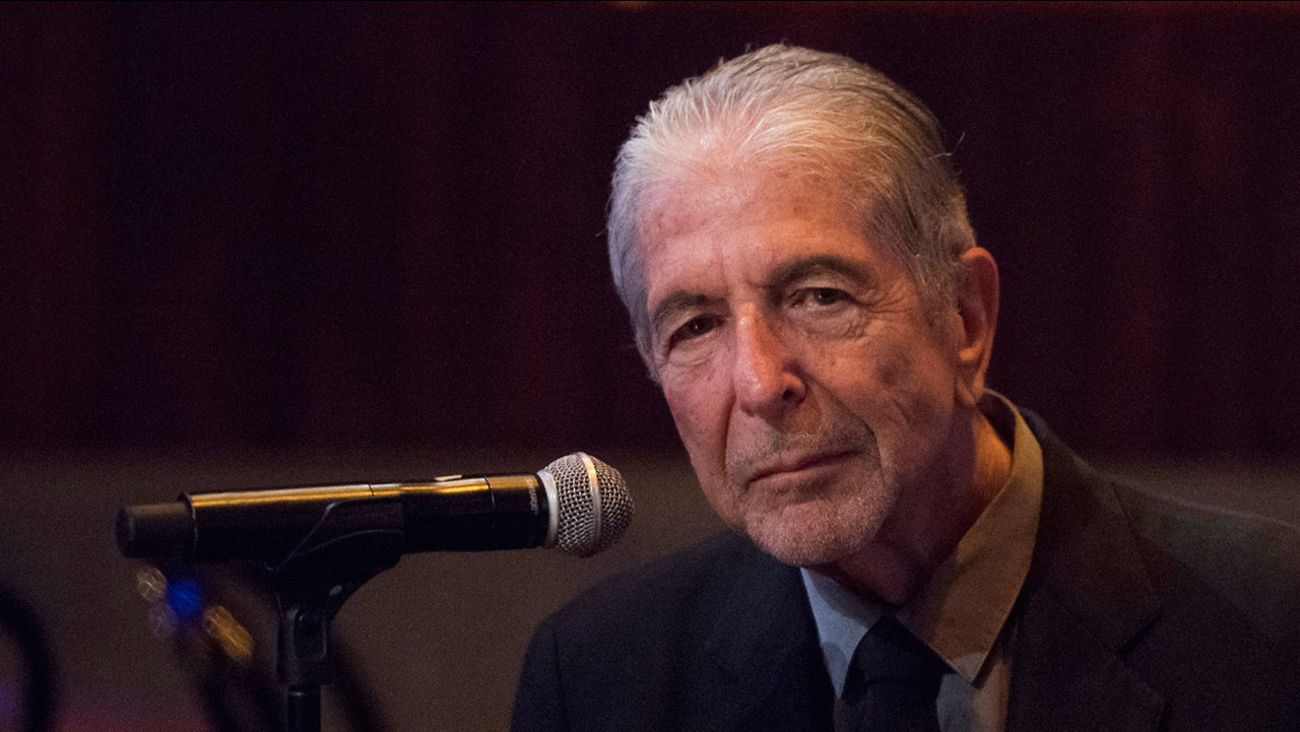 LOS ANGELES (KABC) -- Singer-songwriter Leonard Cohen, known for haunting and poetic songs like "Hallelujah" and "Suzanne," has died at age 82.

"It is with profound sorrow we report that legendary poet, songwriter and artist, Leonard Cohen has passed away," the singer's Facebook page reported.

"We have lost one of music's most revered and prolific visionaries. A memorial will take place in Los Angeles at a later date. The family requests privacy during their time of grief."

Just got word that Leonard Cohen has passed away.
Rest in peace Buddy,i learned a lot about music from you.

He also wrote books of poetry, two novels and had his music featured in numerous films and television shows. Among films to feature his songs were "Watchmen," "Natural Born Killers" and "Pump Up the Volume."