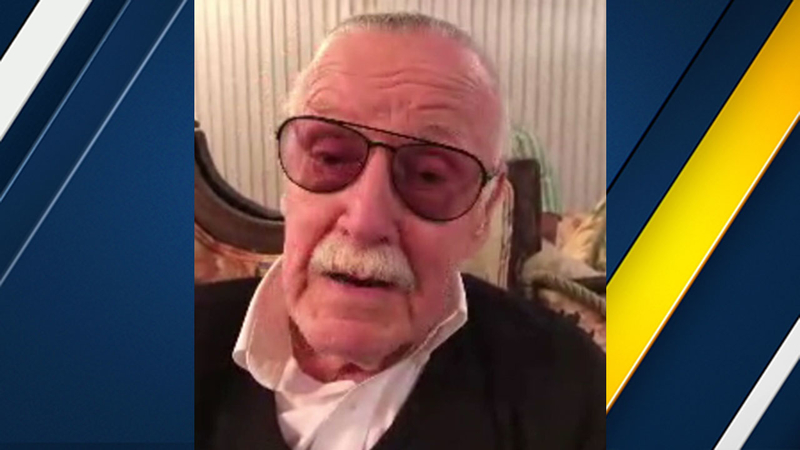 LOS ANGELES (KABC) -- Marvel Comics icon Stan Lee spent a night in the hospital but is out now and says he's feeling fine.

"All I really want to do is tell you that I'm feeling great," Lee told Eyewitness News in a Skype interview.

"I'm glad I spent that evening in the hospital. It did me a lot of good. It probably did my fans a lot of good. It kept me off their backs for the evening. But I'm feeling good now and I can't wait to get in there and tangle with all the competition."

The 95-year-old former head of Marvel Comics is credited with creating or co-creating many of the company's most iconic characters, like Spider-Man, the Hulk and the X-Men. He retains an emeritus role with the company and has made cameos in all of the Marvel Cinematic Universe films.

He also continues to make appearances at film premieres and fan conventions throughout the world. Earlier this week he was seen at the premiere for Marvel's upcoming film "Black Panther."

Health concerns have at times interfered with his travel. Last year, he canceled appearances at two major comics conventions and has canceled an appearance scheduled this weekend at Wizard World St. Louis.

But Thursday he said he is looking forward to resuming his travel schedule and continuing to meet with fans around the world.

"And I think having fans is one of the greatest things. I can never say how grateful I am for it."