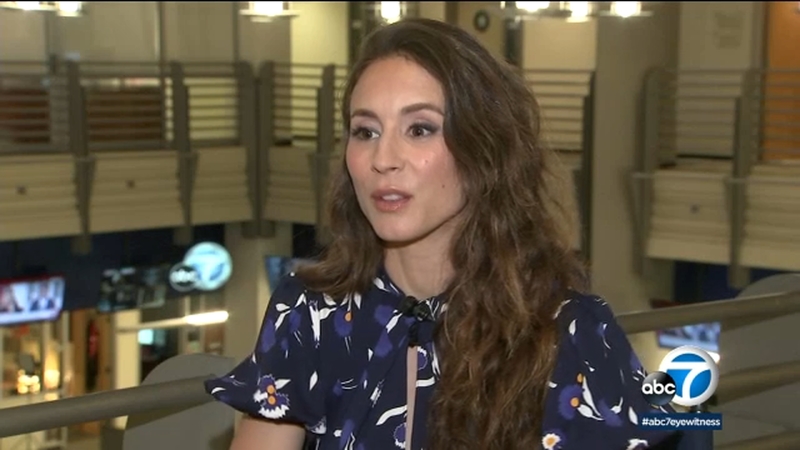 LOS ANGELES (KABC) -- Actress Troian Bellisario is part of the ensemble cast of the new film "Where'd You Go, Bernadette." It's based on Maria Semple's novel of the same name, and follows Bernadette Fox, played by Cate Blanchett, a successful architect who abandons her career, becomes a bit of a recluse and then runs away from her family.

Bellisario plays Becky, a marine biologist who befriends Bernadette during her journey of self-discovery. She says working with someone with Blanchett's credentials was a dream come true.

"I think you naturally are going to be a better actor because just being around her," said Bellisario. "And being directed by Richard Linklater. These are just- these are the pros. These are the people you look up to, you know, and so they're always going to make you do your best work."

Another scene-stealing co-star in the film? Mother Nature! The cast shot on location in Greenland, which substitutes for Antarctica. Blanchett and Bellisario took Arctic kayak training for their roles. No green screen here!

"It was awe-inspiring to be in this sort of environment," said Bellisario. "Yeah, we had to stop a few takes because there were whales breaching, like, 20 feet from us. Let's hold the roll because we're not gonna NOT watch the whales!"

Art is imitating life a bit for Troian with this role.

"I wanted to be a marine biologist," said Bellisario. "I went to marine biology camp on Catalina Island when I was growing up!"

Bellisario has been acting for most of her life. She's also done some producing, directing and writing. And she loves that she can still count on the support of the very vocal fan base for her last series, Freeform's "Pretty Little Liars," the "P-L-L ARMY!"

"You know we wouldn't have had 'Pretty Little Liars' without the fan base that was so rabid and supportive and excited. And they've really done an incredible job of wanting to see what we do next and following our careers," said Bellisario. "And that's a real blessing."