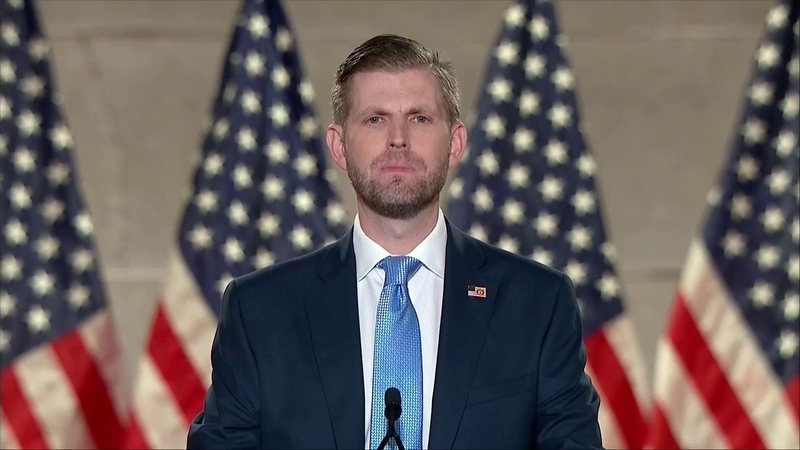 Eric Trump, the third eldest, talked about the president's first four years in office and his continued fight for "America's forgotten workers."

The president's daughter Tiffany Trump highlighted "how 'Make America Great Again' is not just a slogan for President Trump."

She attributed a litany of characteristics to her father's supporters, saying "We believe in freedom of religion for all faiths."

The siblings join a list of Trump relatives who spoke or are scheduled to speak at the Republican convention.

Trump Jr. ridiculed Democratic presidential nominee Joe Biden with name-calling in a fiery speech and painted his father's opponent for the presidency as part of a movement aimed at stripping the nation of its most basic freedoms.

Donald Trump's daughter Ivanka and daughter-in-law Lara are also on the RNC schedule.

As on the night before, Trump himself is expected to play "a significant role" in the prime-time programming, a campaign spokesman said.