Evanston, Illinois, to begin paying reparations to some Black citizens this summer

KABC
By Will Jones 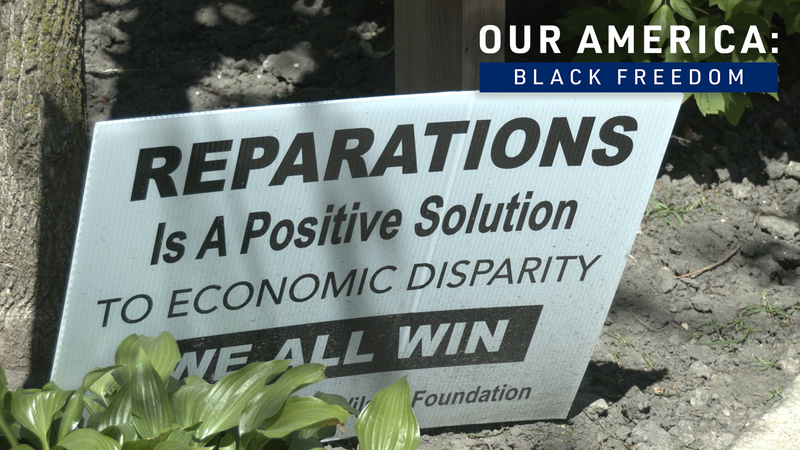 EVANSTON, Ill. -- Evanston is a Chicago suburb of 75,000 people, and it's about to do something no other city has done in the country: pay reparations to some of its Black residents.

"Our goal here in Evanston is to repair the egregious acts against the Black community, specifically by the Evanston municipal government," said Robin Rue Simmons, a former Evanston alderman who led the push for reparations while in office.

As part of Evanston's Restorative Housing Program, the city will award $25,000 this summer to a small number of eligible Black residents for home down payments, mortgage payments or home repairs. The program is backed by the city's reparations fund.

Nikko Ross said his family plans to apply and use the money for home repairs.

"I feel like it's enough to build on," said Ross when asked about the award amount of the program.

Critics argue what Evanston is offering is a housing voucher program, not reparations. They believe calling it reparations does more harm than good.

Rose Cannon is an organizer for Evanston Rejects Racist Reparations. She said reparations should be direct payments to Black residents. And there should be no restrictions on how to spend it. Cannon is concerned that other cities could follow Evanston's lead.

"We want them to stop calling it reparations," she said. "You can have this program if you want to, but just call it a housing program."

Dr. William Darity, a Duke University economics professor, wrote a book making the case for reparations. He said Evanston can't afford the the cost of reparations. Darity said no state or municipality can.

"[Evanston] simply cannot meet the reparations bill, so they should not call whatever steps they take reparations," Darity said.

He said the federal government should foot the bill in the form of direct payments to Black Americans whose ancestors were enslaved in the United States.

Darity estimates the reparations price tag is $14 trillion, about $350,000 per person. He said that will help close the Black-white wealth gap.

"Whatever took place at a local level or at a state level in the United States is a consequence of the legal conditions that were established by the federal government," he said.

In April the House Judiciary Committee approved H.R. 40, which would create a commission to study reparations for slavery for Black Americans, but the legislation faces a tough battle in Congress.

"We've heard from Congresswoman Sheila Jackson Lee on her appreciation for the steps have been taken and how it has inspired the nation and her colleagues to advance H.R. 40.," she said.

In honor of Juneteenth, we're telling stories of what Black freedom means today, from a 94-year-old's quest for a national holiday to the fight for reparations to cultural celebrations. Click here for more stories from your city and around the country.