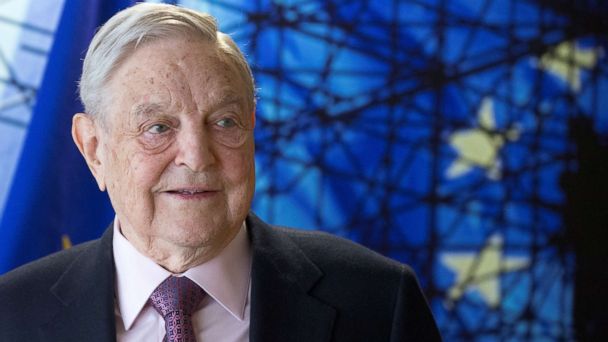 A pipe bomb loaded with explosive black powder was hand-delivered to the suburban New York City home of billionaire financier George Soros by a would-be attacker, prompting the FBI to launch an investigation into who would want to harm the philanthropist and political activist, a law enforcement source told ABC News on Tuesday.

The FBI photographed the device and then detonated it near Soros' home in Katonah, New York, and were analyzing fragments to determine why the bomb did not go off, the source said.

The device was not delivered via U.S. Postal Service, a source familiar with the investigation confirmed to ABC News. Law enforcement is now investigating if the device actually came through a private package-delivery service and whether it was hand delivered or came through some delivery system, the source said.

Soros has become a favorite target of right-wing groups due to his support of progressive causes and Democratic candidates, but authorities have not commented on whether any specific group is being investigated in regard to the incident.

The source emphasized that the device was no hoax.

The pipe bomb was about 6 inches long and was in an 8-by-10-inch envelope made to look like it was delivered through the mail, the source said. A postal inspector who examined the markings on the envelope determined it had been hand-delivered, the source said.

Soros' regular mail carrier was also interviewed, but did not recall delivering the package, the source said.

The bomb was found about 3:45 p.m. Monday in the mailbox of Soros' home by a property caretaker for the billionaire, the source said.

The caretaker told investigators that as he was walking back to the house he noticed the envelope looked suspicious, the source said. He dropped it in the woods away from the residence and called the Bedford Police Department, which sent officers to the scene.

The 88-year-old Soros was not home when the device was discovered, and no one was injured in the incident.

Bedford police said the investigation was turned over to the FBI's Joint Terrorism Task Force.

"We are conducting an investigation at and around a residence in Bedford, New York. There is no threat to public safety, and we have no further comment at this time," the FBI New York office tweeted Monday afternoon.

Investigators were reviewing video from surveillance cameras of neighboring homes in an attempt to identify the suspect or a suspicious vehicle in the area, the source said.

A Hungarian immigrant who lived through the Nazi occupation during World War II, Soros launched his own hedge fund in 1970 and went on to become one of the most successful investors in U.S. history.

The discovery of the pipe bomb follows a separate and unrelated case earlier this month, in another northern New York City suburb, in which the FBI found a 200-pound workable bomb, and arrested a man who allegedly built it and planned to detonate it on the National Mall in Washington on Election Day, officials said.

While no determination has been made about a motive in the Soros case, the investor's Open Society Foundations said they are concerned about consequences of the nation's heightened political rhetoric.

"The hateful rhetoric that dominates politics in the United States and so many countries around the world breeds extremism and violence. In this climate of fear, falsehoods, and rising authoritarianism, just voicing your views can draw death threats," reads a statement released Tuesday by the foundation.

"Our founder and chair George Soros deplores violence of any kind and urges politicians across the political spectrum to tone down their rhetoric," the statement reads. "Words have consequences, and we bear responsibility to create a more civil way to discuss our political differences. Respect for a diversity of opinions is fundamental to open society and that is the work that George Soros has devoted his life to. Our politics should be more about what we're for than whom we hate."

New York City Police Department Commissioner James O'Neill told reporters that police have been in contact with representatives of Soros and are beefing up patrols of the Soros' properties in the area.