The store's owner believes the two thieves stole more than $2,000 worth of backpacks, sweatshirts, and other items.
KABC
By Christiane Cordero 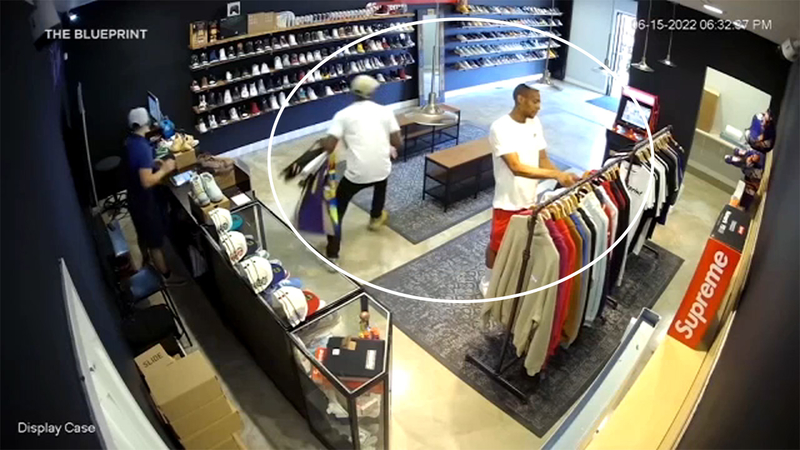 EXPOSITION PARK, LOS ANGELES (KABC) -- A business owner in Exposition Park is turning to the public for help in finding two men he says pretended to be shoppers and ended up stealing thousands of dollars' worth of merchandise.

It happened Wednesday afternoon at The Blueprint, a streetwear and shoe store on West 29th Street.

Owner Edwin Mendoza said it was a normal Wednesday evening for him. He said the entire incident unfolded about half an hour before closing time.

"We were having a casual conversation ... one of them was asking me if I had certain shoes in his size, I was checking for him," said Mendoza.

Surveillance video shared by Mendoza shows the two men walking around the store. At one point, one of the suspects, who was seen carrying a handful of items, walks near the register. 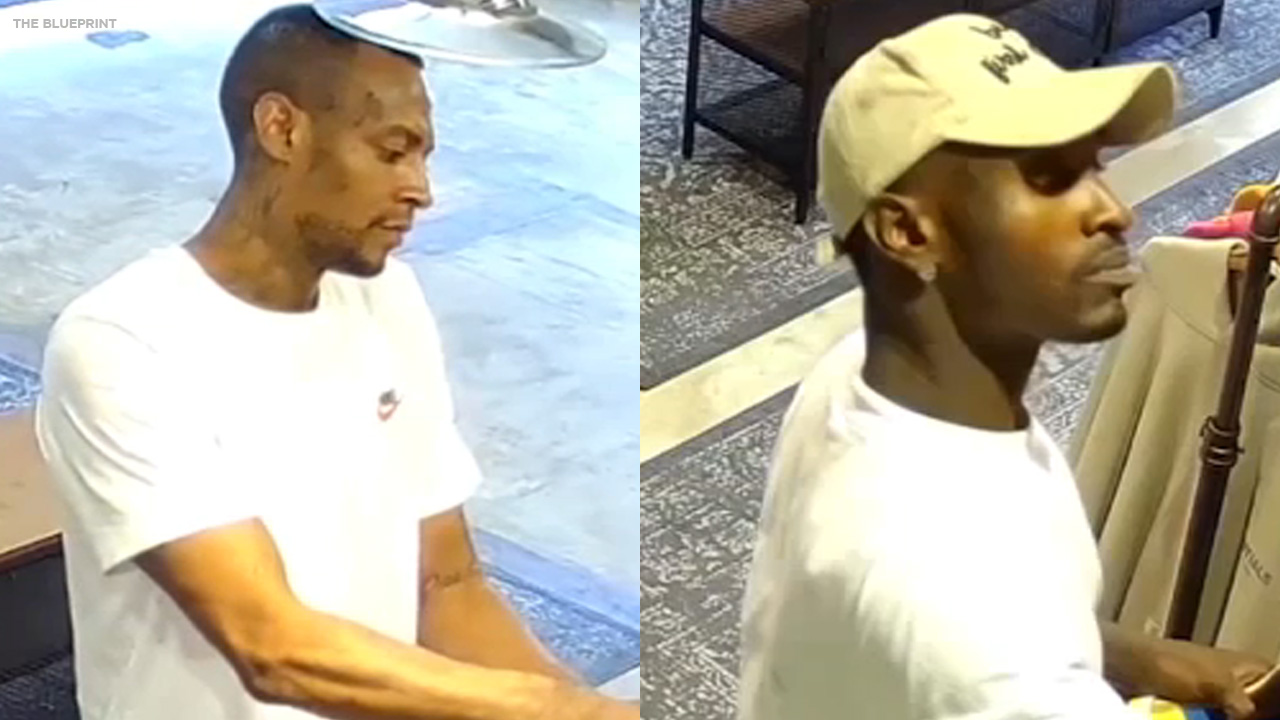 In seconds, you see him pivot and sprint out the door.

"As you can see from the footage, the other one just grabbed some stuff for him as well and just casually walked out," said Mendoza.

Mendoza believes the two thieves stole more than $2,000 worth of backpacks, sweatshirts, and other items.

He said he's seen these type of brazen crimes happen to other businesses and recognized it as soon as it happened to him.

"It's unfortunate and sad," he said. "I almost felt like it was my time."

Mendoza has since filed a police report and hopes the release of the surveillance footage will help track down the thieves.

"Just be more alert ... Honestly that was the only thing I could do is just make sure you're paying attention to what's going on," said Mendoza, who admitted he was alert, but didn't want to risk his life by confronting the men.

He's hopeful insurance will cover what he lost in merchandise, though he said he's not so sure about the rest.

"Thinking about possibly closing because it's not safe, it's sad for everyone because everyone loses," he said.

Meanwhile, anyone with information on this case is urged to contact authorities.