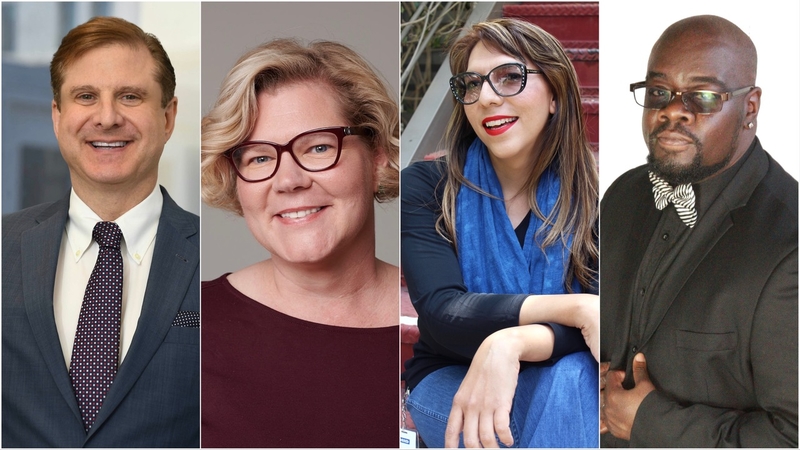 On the 50th anniversary of the nation's first permitted Pride parade in Los Angeles, Eyewitness Newsmakers looked at some of the issues and history in the LGBTQ+ community.

L.A. City Controller Ron Galperin released a website with history and helpful information. Galperin is the first openly gay official elected city-wide, and the new site is called Pride and Power. The website Pride and Power includes an interactive map of health and social services aimed at LGBTQ+ youth, and the landmarks of the city's LGBTQ+ history.

Galperin explained how his use of technology can connect people with public information. Part of the new site is focused on youth who have few choices.

"Well, what I wanted to do was to provide the people who need services with information in the palm of their hands; something they can use on their smartphone or on any other device," Galperin said, adding, "What we know, of course, is that homelessness, has been growing in Los Angeles, which is a travesty, and a tragedy. We also know that there are way too many youth who are homeless, and among those youth, up to 40%, identify as LGBTQ+."

Unemployment and joblessness are especially critical in the transgender community. Two leaders from an organization called Trans Can Work said it's not only getting a job, but keeping one after transitioning.

Drian Juarez, vice president of programs said, "We have many clients that have a rich history prior to being their authentic selves. And when they transition, they lose all of that. They basically have to start from the beginning again. So they lose that history, they lose the ability to get that income."

Luckie Alexander, workforce development director added, "We have one of our clients with a biotech degree and there should be no reason that they're unemployed. But it comes back to the fact that they're trans and the perception instead of people being based on their merit. People are based on how they're perceived."

The world's largest archive of LGBTQ history is part of the USC Libraries. More than three-million pieces of photos and documents were gifted to USC from the ONE Archives Foundation. The foundation's executive director said the massive collection started with a simple gay magazine that fought to stay on newsstands.

Jennifer Gregg said, "We started as a magazine, and what's really interesting about the ONE Magazine is it was pulled from the newsstands in 1954 under decency laws at the time. And we went to the Supreme Court and prevailed in 1958."