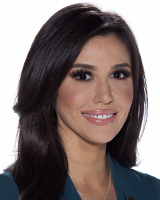 There's a major food recall you should know about. Advance-Pierre Foods, which is a subsidiary of Tyson, is recalling more than 10 tons of ready-to-eat beef patties.

The Department of Agriculture says the company received at least two consumer complaints about finding purple plastic in them.

The affected patties were produced last November in Oklahoma -- and distributed to schools nationwide.

Officials say if you bought them -- throw them out or return them to the store.

Walgreens is apologizing to a mother after the chain admitted it sold expired EpiPens.

A woman in Colorado says her 11-year-old son's school nurse told her that his EpiPen expired last November, which was three months before she bought it.

Walgreens released a statement apologizing, saying the company has reviewed the process with pharmacy staff to prevent similar incidents from happening again.

The merry-go-round is located in Pixar Pier.

The new attraction is inspired by the "Woody's Roundup" cartoon from "Toy Story 2."

The carousel is part of the second phase of an extensive Pixar makeover of the former Paradise Pier boardwalk.