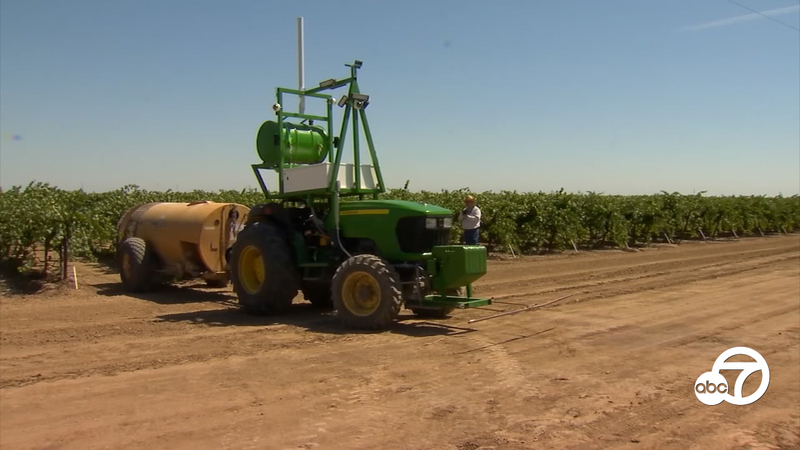 SACRAMENTO, Calif. (KABC) -- The Trump administration is proposing a new plan to govern California's scarce water, committing to send more to farmers in the Central Valley despite warnings from environmental groups that it would imperil endangered species in the fragile San Joaquin Delta.

The rules govern management of the federal Central Valley Project and the State Water Project, two complex labyrinths of dams and canals that corral rain and snowmelt to provide water to more than 25 million Californians and millions of acres of farmland. The plan also includes $1.5 billion to support endangered fish.

Also, the government said it would monitor the location of endangered fish species, including the delta smelt. If the fish are close to the pumps, the agencies would pump less to avoid sucking the fish in and killing them.

But environmental groups say that's not enough because monitoring programs don't work as endangered fish species populations, like the delta smelt, are almost impossible to detect.

It's unclear how Gov. Gavin Newsom's administration will respond to the new rules. The Democratic-controlled Legislature passed a law earlier this year seeking to block a lot of these changes. But Newsom vetoed that bill after intense lobbying from the water agencies.