Ezmeralda McGee case: Family demands killer turn themselves in during a fundraiser in Harbor City 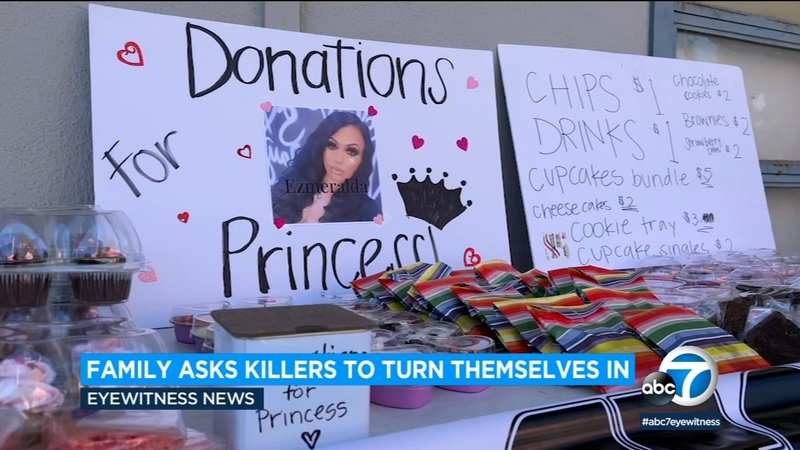 HARBOR CITY, Calif. (KABC) -- A family devastated by the murder of their daughter in Harbor City is urging her killer to turn themselves in.

Ezmeralda McGee, 22, from Harbor City, was shot and killed in South Los Angeles back on Jan 24.

McGee, the mother of a 5-year-old, was out with friends when she was shot and killed. Two other people were shot, but both survived.

The mother says investigators told her they are following up on video that shows the gunman getting out of a vehicle, shooting at people, and then leaving.