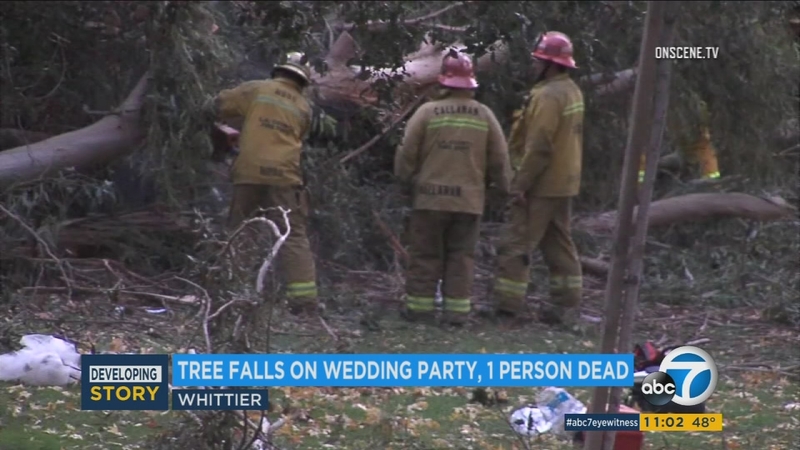 WHITTIER, Calif. (KABC) -- At least one person died and five others were injured - including a 4 year-old girl left in critical condition - when a tree fell on a wedding party in Whittier, fire officials said.

Fire officials dispatched multiple ambulances to the scene as they assessed the injuries. They say at least five were injured, in addition to the one death.

At least one person died and five others were injured when a tree fell on a wedding party in Whittier, fire officials said.

Although initial firefighter reports indicated that the other injuries were minor or moderate, the Whittier police later said a 4-year-old girl was in critical condition with head trauma.

Officials say there were no indications or warnings that trees in the area were vulnerable to falling. Some officials speculated that the old eucalyptus tree was weakened by years of California drought and the recent heavy rainfall may have contributed to it then collapsing.

City officials plan to examine other trees in the area for possible falling danger.

The traumatized wedding party was brought to a local senior center to meet with mental health counselors.