Airline dispute: Family says they were kicked off flight to NYC over toddler not wearing mask 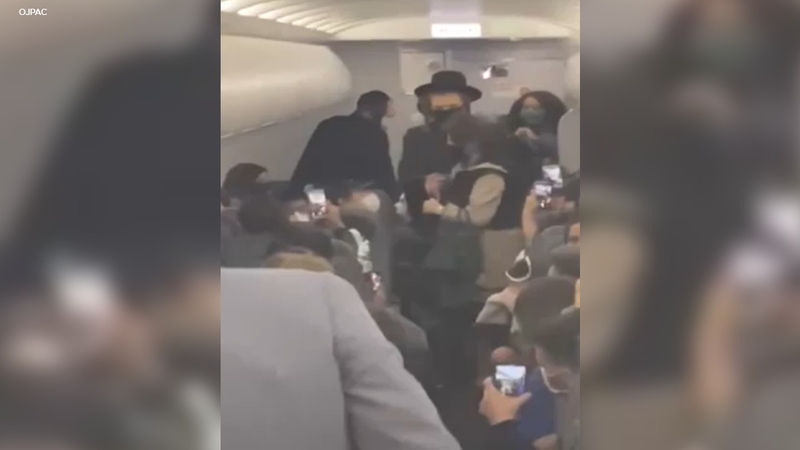 NEW YORK -- A family says they were kicked off a flight simply because their 18-month-old baby was not wearing a mask, but the airline says that was not the case.

Frontier Airlines said it asked the large group of Orthodox Jewish passengers to leave the flight because some refused to wear masks. But the passengers say it was only the baby who wasn't wearing a mask.

WABC-TV, our sister station in New York, spoke with Martin Joseph on Monday. He and 21 of his family members were ordered off the plane.

"They asked one of my daughters and son-in-law -- they had a baby of 15-months-old -- that where is the mask for the baby? My daughter explained that the law doesn't require a mask," Joseph said.

A disturbing scene was caught on video on board an American Airlines plane on Monday.

Frontier Airlines eventually canceled the flight and released the following statement to WABC:

"The issue that arose was not with the child. There were multiple adults in the group who refused to wear masks despite repeated requests to do so."
Joseph said that is nonsense. He said the social media video shows everyone wearing a mask.
"They were telling them they don't have masks -- a family of three -- and I told them I was the first one in the back and I saw them all coming on board with masks," a fellow passenger said.

"If you want to treat me to the statement to say that it was racism, that we were singled out, I believe so, yes, I believe so," Joseph said.

Another passenger described seeing the flight crew high-fiving each other.
The 51-year-old husband, father and grandfather said Frontier Airlines has yet to apologize for what happened.