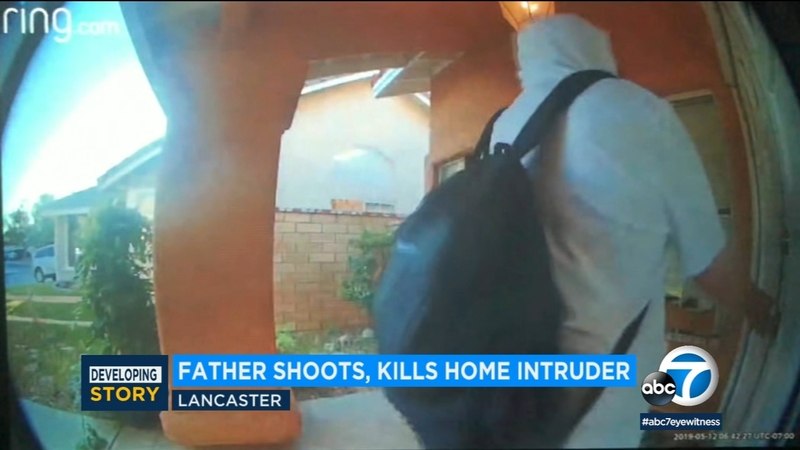 LANCASTER, Calif. (KABC) -- A man was fatally shot after allegedly breaking into a Lancaster home on Sunday.

Los Angeles County Sheriff's detectives say the man got into the home through one of the downstairs rear windows and walked into an upstairs bedroom.

That's when the homeowner who feared for the safety of himself and his children grabbed a gun and fired a shot, hitting the suspect, according to authorities.

The family inside the home at the time was not injured.

It appears the same suspect may have tried to break into other homes in the neighborhood first. Doorbell video from one home shows the man on a front porch trying to enter.

On Tuesday, the county coroner's office identified the man as 27-year-old Michael Lashomb, and confirmed his cause of death was a gunshot wound to the head.

Residents of the neighborhood are feeling on edge about their own safety after the incident and say they believe their neighbor was justified in the shooting.

"I would do the same thing," said one neighbor, Darrell Jones.