'They were a precious commodity:' Cookies take spotlight with cast, crew of new holiday movie 'Fatman'

From a local baker's cookies, to a Mom's help to get just the right prop on the set, filmmakers Ian and Eshom Nelms share behind the scenes secrets of their R-rated holiday themed comedy 'Fatman.'
OTRC
By George Pennacchio 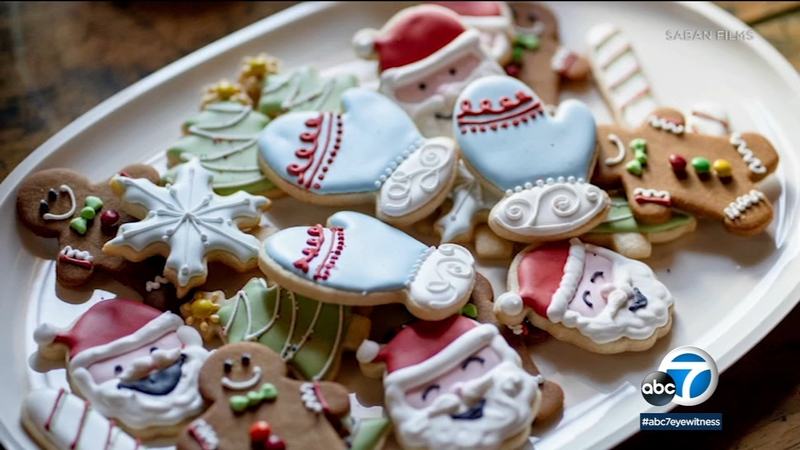 HOLLYWOOD -- The Nelms Brothers are helping us get into the holiday spirit with their cinematic twist on Christmas. "Fatman" is an R-rated movie that tells the story of rich, bratty child who is not happy Santa brought him a lump of coal for Christmas.

Filmmaking brothers Ian and Eshom Nelms are behind this original story.

"My mom and dad went hard at Christmas so there is no trauma there," said Eshom.

"Obviously, we're trying to buck all that with this film," laughed Ian.

The film has a hitman trying to find and kill Santa... but Santa, who is played by Mel Gibson, may be a lot tougher than he expects to take down!

"My conclusion at the end was it's got a really warm beating heart at the center of it but it's kind of like an old-fashioned western," said Gibson.

"And that's sort of what Ian and I strive for, right? To keep you engaged, to keep you guessing, to give you some of those left turns when you think you were going right," said Eshom.

"And then hopefully they feel earned when you get there because of the set-up we put in," said Ian.

"Fatman" was shot in Canada in the winter. One scene called for an oversized afghan... being created by Mrs. Claus. The inspiration for it was personal.

"It was something our mom made us," said Ian.

"And it was written in the script. We couldn't find out in all of Ottawa," said Eshom. "So we were, like, 'Okay, Mom,' we call her up and we're, like, 'You gotta send the afghan!"

And just for fun, the Nelms brothers have their name on Santa's sleigh in the movie- even if you don't see it on screen. But you do see a lot of baked goods for the elves.

"There was a local baker who was making those custom for us and she was just, I mean, phenomenal. I think the crew was trying to snag those every three seconds," said Ian.

"They were a precious commodity!" said Eshom.