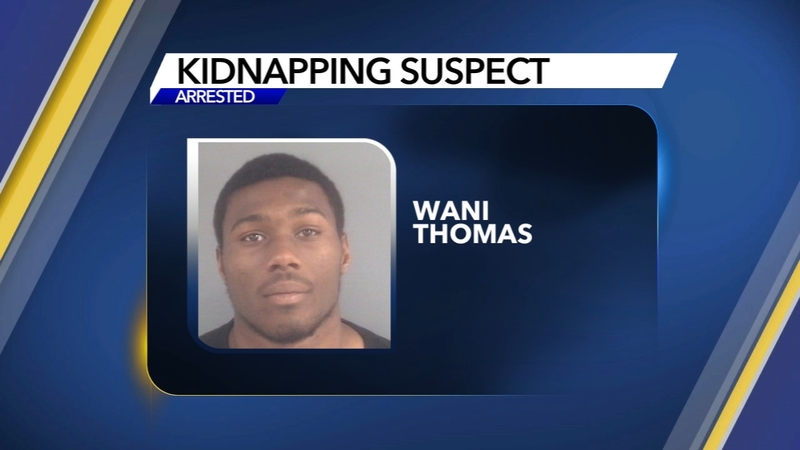 FAYETTEVILLE, N.C. -- The suspect in an alleged kidnapping of a mother and her baby has been taken into custody and charged.

The woman and the baby were found safe hours after a man broke into their home and forced them into a car at gunpoint, according to Fayetteville police.

Wani Thomas, 24, was later taken into custody without incident in Duplin County.

Police say Thomas broke into a home on Tangerine Drive and forced Jasmine Livermore and a 1-month-old boy, Nathaniel Thomas, into a vehicle.