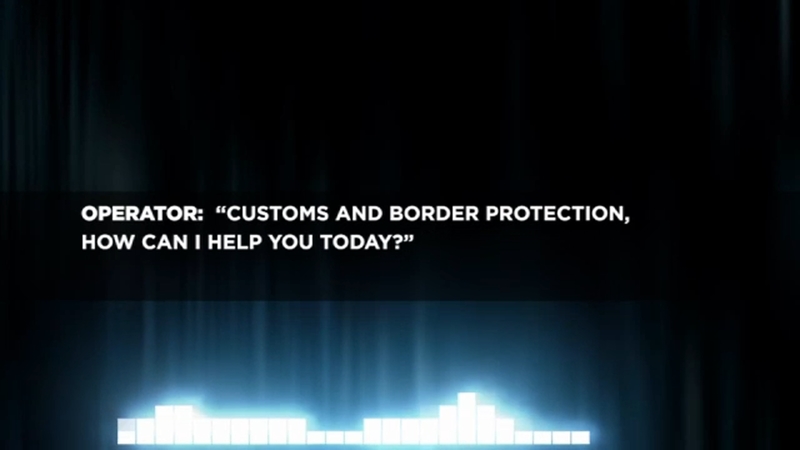 The Federal Bureau of Investigation says a phone scam dating back to at least 2017 is using disturbing new trends.

It falls under "Operation Robocop" or "Operation Hangup" and the criminals behind it tried to get ABC7 reporter Jessica De Nova.

"There's been a lot of changes and trends updating with whatever is in the news," Sammartino said. "And you are one of the people that actually answered the phone."

Oops, not what you're supposed to do.

Here's what happened. Our reporter got a call, the area code and first three digits of the number looked similar to her work line.

"They're cold-calling that same set hoping that people will do what you did and say, 'Oh, I must know this person. "It's from my block of company phone numbers," Sammartino said.

The recording on the other line was not convincing. It basically said U.S. Customs and Border Protection had seized a vehicle registered under your name and the car was filled with narcotics.

Curious to see where this would go, she pressed "1" to supposedly speak with a "CBP officer" as indicated by the recording.

A man on the other line answered claiming to be Customs and Border Protection. When she told him she knew that wasn't the case and asked him where he was calling from, he answered, "Afghanistan."

When asked why he was calling this number, he replied, "Do you know that I'm a terrorist? I'm gonna to drop a bomb at your (inaudible). Remember that."

Then he appeared to hang up.

Scammers are using the fear of rampant banking fraud to lure their victims. It cost one man half his life savings.

Agent Sammartino said don't panic. Instead, look up your local FBI office number or go to their website to report this, which is what De Nova did.

"We haven't found anything to corroborate that these calls are originating from Afghanistan or that these people are making credible threats. When someone like yourself receives a call like this or decides to waste the caller's time a little bit or call them out, they tend to get hostile and rude and make ludicrous threats," Sammartino said.

Sammartino said most people are horrified at the thought of being under investigation for narcotics, but she urges people to stay calm because these criminals will play on your emotions and make the switch, pretending to help you sort out a supposed mistake-to steal from you.

"'Clearly, your identity was stolen. Let me help you fix it,' and that's where they're gonna transition to start asking you to transfer money to them for safekeeping or something along those lines," Sammartino explained.

Your first line of defense is to not answer calls you don't recognize. If you do pick up, and something seems odd, hang up, write it all down and report it immediately.