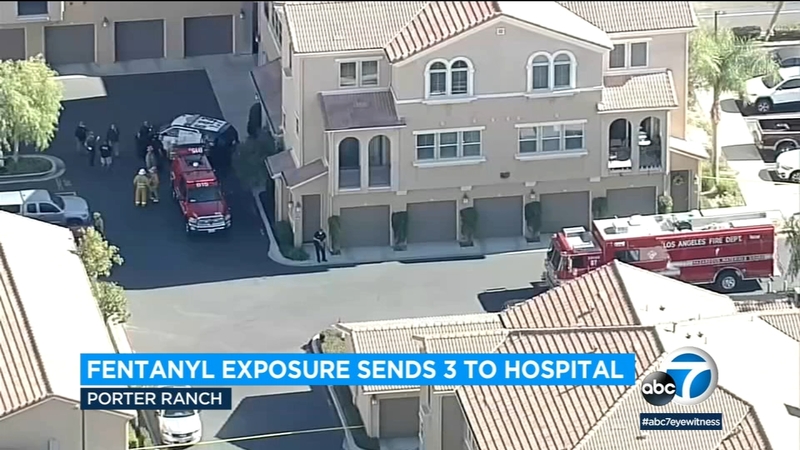 PORTER RANCH, LOS ANGELES (KABC) -- Three people were hospitalized for fentanyl overdoses and a police officer was treated for possible exposure to the dangerous opioid at an apartment complex in Porter Ranch on Monday.

Shortly before 9:30 a.m., three civilians were found to be suffering from fentanyl exposure or possible overdoses as a probation officer was checking on a parolee at an apartment complex in the 20000 block of Sorrento Lane, according to the LAPD.

The three patients were taken to a medical center in unknown condition, as was an officer who came in contact with the drug, police said. The officer was hospitalized as a precaution.

No arrests were immediately announced, and it was unclear if any narcotics were seized at the scene.

It does not appear any of the individuals are in life-threatening condition, according to the LAFD.