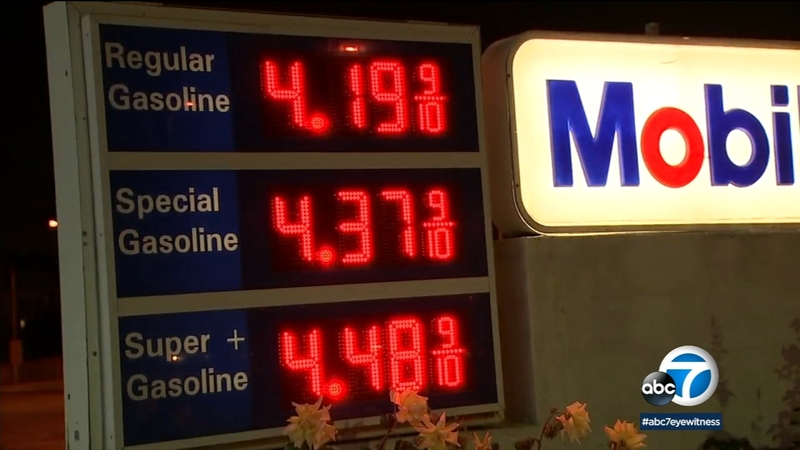 LOS ANGELES (KABC) -- Gas prices continue to rise in Southern California, passing $4 a gallon and hitting their highest level since 2015.

The average price of a gallon of regular unleaded is at $4.06 in Los Angeles County, according to the Auto Club. That's the highest amount since July 31, 2015.

Some stations are displaying much higher prices. In Pasadena, Eyewitness News spotted a station offering regular for $4.89 with premium blends topping $5.

The price has steadily increased for at least 35 consecutive days, reaching 69 cents more than it was just a month ago.

The Auto Club says recent surges in gas pricing are due to a series of refinery issues that have reduced supply.