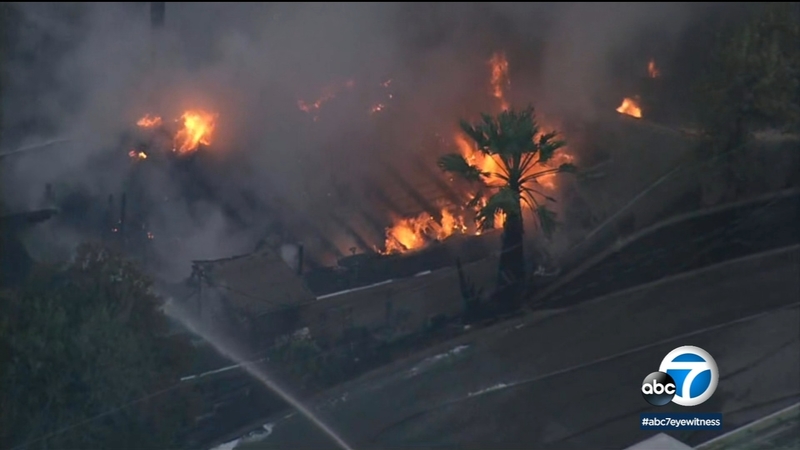 Several residents were evacuated after high winds were being reported at West 39th Street and North Severance Street near the Little Mountain area Monday after 5 p.m.

Nine homes were damaged in the blaze and 17 acres were burned.

One firefighter received moderated injuries and was being treated at a local hospital. A family of four suffered smoke inhalation and minor burns after getting caught by the fire as they evacuated. Several residents were rescued as the fire raced up the mountain.

Multiple engines were being requested.