The Los Angeles Fire Department is asking for the public's help in locating two potential witnesses seen in video footage near the massive fire that broke out at a downtown apartment complex under construction on Dec. 8.

DOWNTOWN LOS ANGELES (KABC) -- The Los Angeles Fire Department is asking for the public's help in locating two potential witnesses seen in video footage near the massive fire that broke out at a downtown apartment complex under construction on Dec. 8.

The men are not considered suspects or persons of interest. Investigators say they "merely wish to interview them."

Tap here to watch on the news app.

A black-and-white surveillance video shows a man walking along a street, wearing a backwards cap, a football jersey with the No. 21 on it, and carrying a backpack.

Tap here to watch on the news app.

The second witness was recorded by a freelance videographer. In the video posted on the LAFD's YouTube page, the second potential witness is seen walking along a chain-link fence surrounding the fire. His proximity to the fire and his behavior stand out.

He touches the scorching construction fence and tries to get closer to the flaming scene, and then attempts to jump the fence. Two fire captains wrestle him away, but their attention is later diverted to the bursting flames.

"Our captains who are on scene in this video were actively engaged in fighting this fire so they did not have the opportunity to have any type of conversation with this individual or to question him about anything," said Los Angeles Fire Department Capt. Jaime Moore.

The fire erupted around 1:20 a.m. on Dec. 8 at the Da Vinci complex on the 900 block of West Temple Street, damaging at least two adjacent city-owned buildings and shutting down the busy 110 and 101 freeways.

The investigation into the fire continues with the help of approximately 20 arson experts flown in by the Bureau of Alcohol, Tobacco, Firearms and Explosives.

Investigators say, while it is possible that an arsonist would stay close to the scene to observe his work, officials don't have any evidence yet that the fire was intentionally set.

Anyone with information that may assist in identifying these individuals is urged to contact the LAFD Arson Section directly at (213) 893-9850. 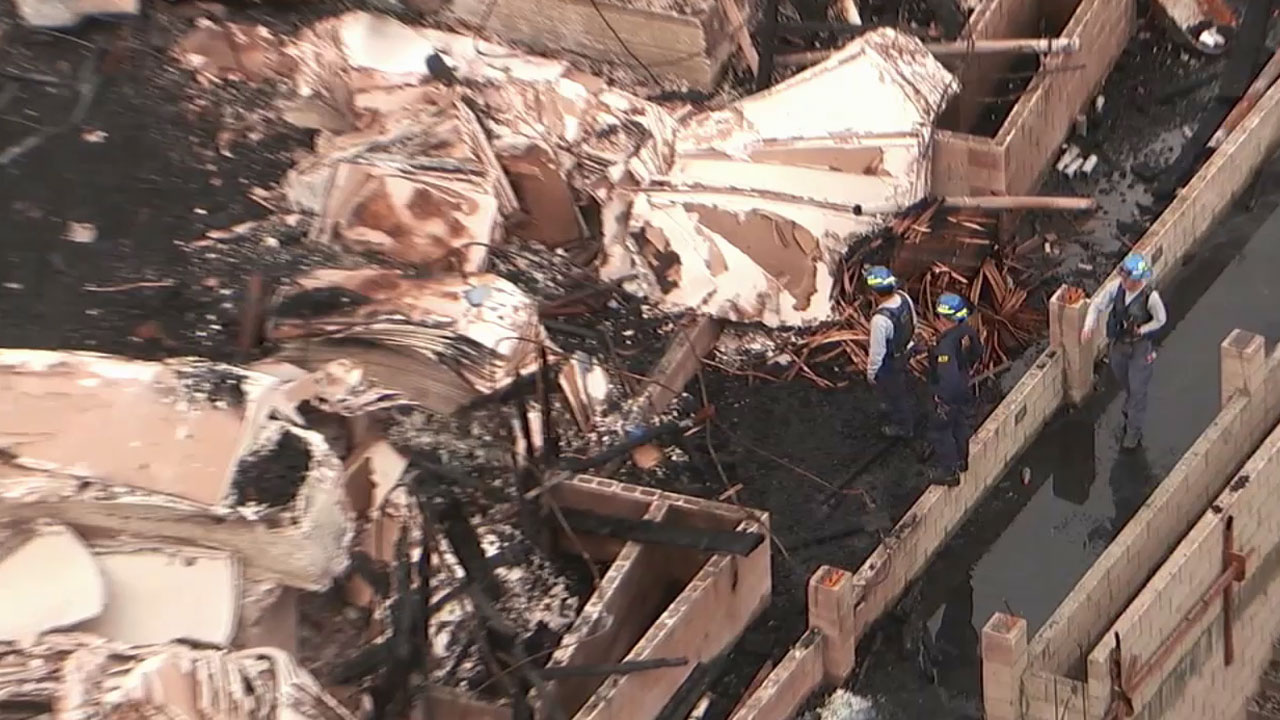 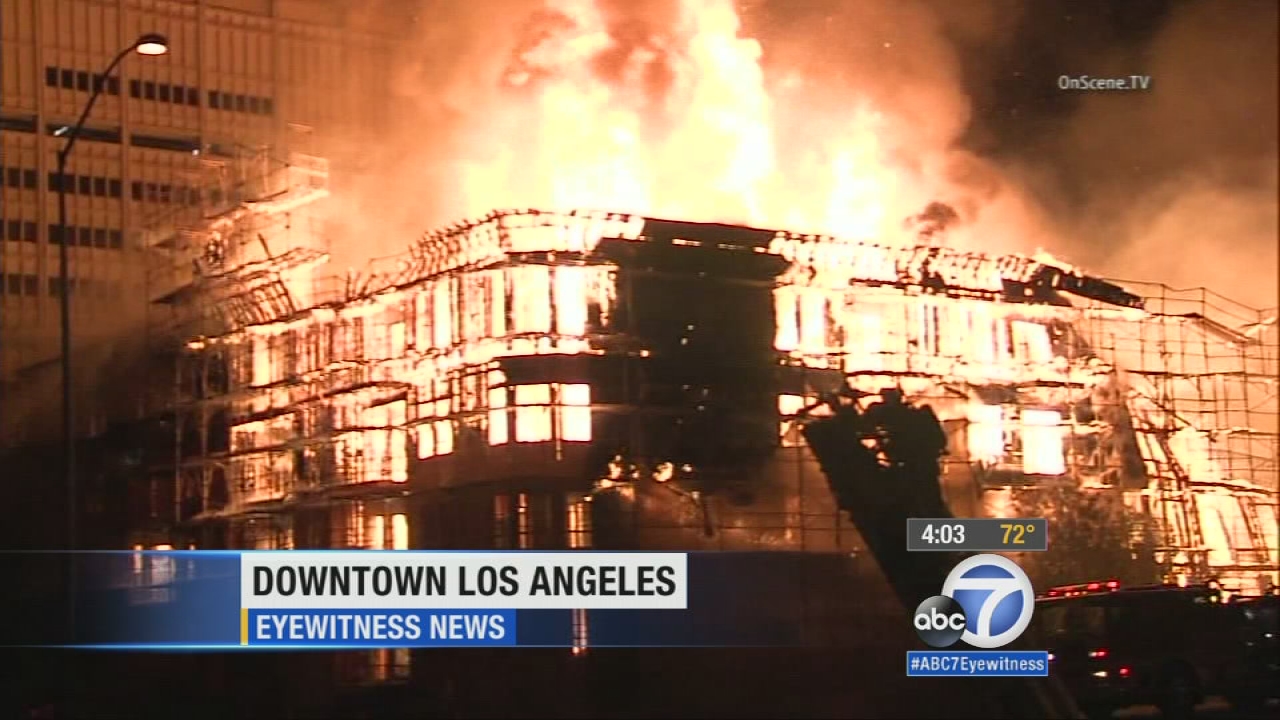 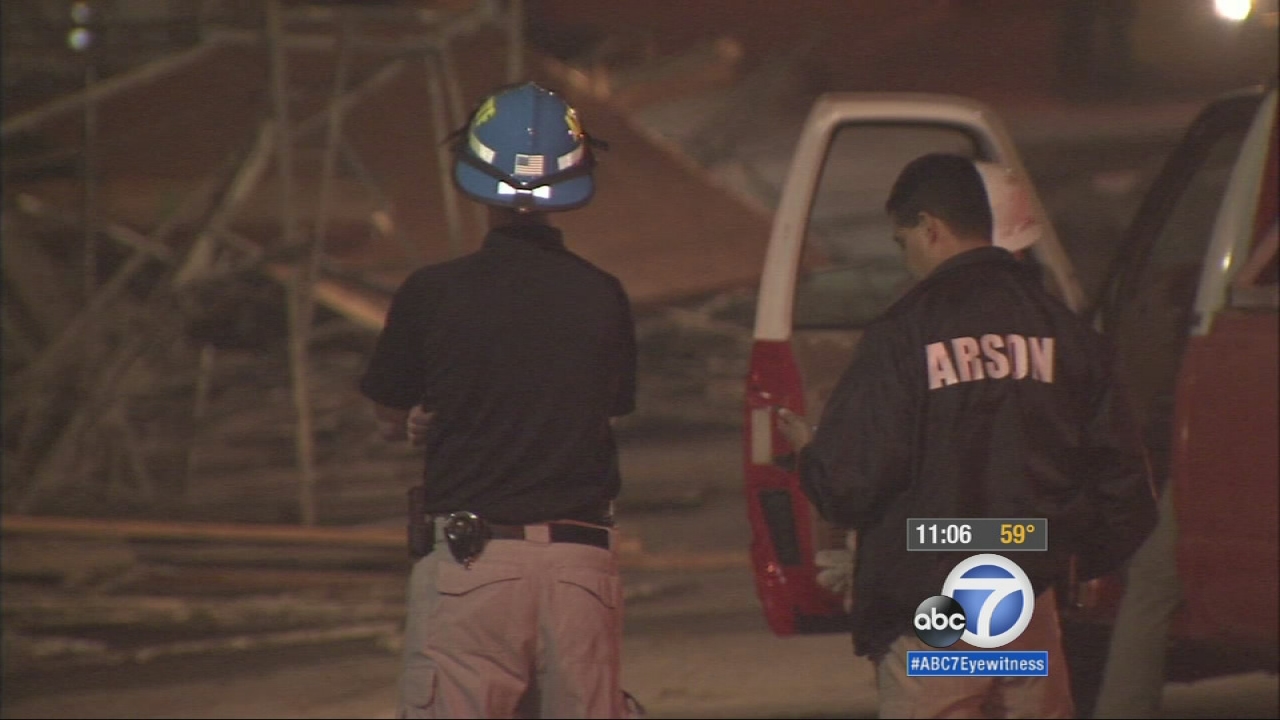