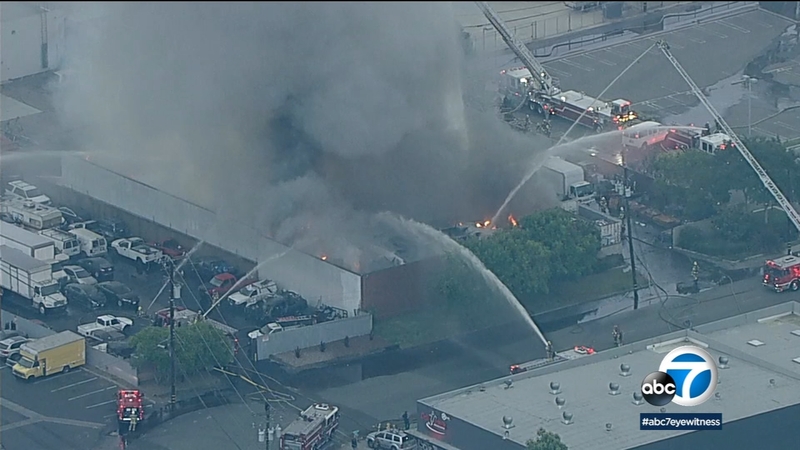 The fire began about 5:31 a.m. at a single-story structure near the intersection of Kyle and Catalina streets, according to the Orange County Fire Authority.

Firefighters arrived at the scene and initially took up defensive positions as flames emitted from the roof of the building.

A spokesperson for the Fire Authority said that challenges involved in the firefight included hazardous materials inside the building and electrical wires overhead.

Although the Los Alamitos Unified School District offices are located nearby, they were not exposed to the flames, the OCFA spokesperson said.