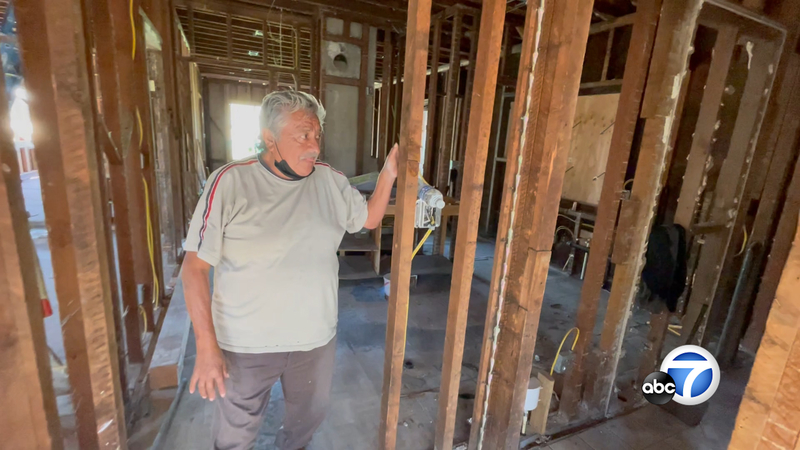 Candido Juarez is among the many residents that ended up in the hospital and were displaced from their homes due to the explosion in June 2021. Now, he's working to fix his home but said he remembers the day of the explosion like it was yesterday.

"It was a real ugly thing," said Juarez. "We were all covered in blood and the entire house destroyed."

To this day, the street remains closed with police patrolling it. In a recent report by the Office of the Inspector General, it stated Los Angeles police bomb tech's warnings were ignored before the explosion.

"I feel really sad and disappointed," said Jose Becerra, who was inside the home with Juarez. "That's huge human mistake [that made us] live in a hell. It's a lesson to learn and they need more training."

Becerra said they hired an attorney to file a claim against the city of Los Angeles.

Residents of a South Los Angeles neighborhood are still picking up the pieces from the catastrophic fireworks explosion that occurred in June.

"it was an error. It was a human error," said Juarez. "All of my respect to the police. It wasn't their fault. It was an error. That error, like any error, is paid for."

Becerra said his family is receiving help like medical attention, a hotel to stay in and getting their home fixed. Becerra also said it's still hard to make ends meet, which is why he started street vending.

According to Becerra, he's told his family could move into their home this summer. The office of Councilmember Curren Price said they have been working with housing groups and have found new homes for four families.