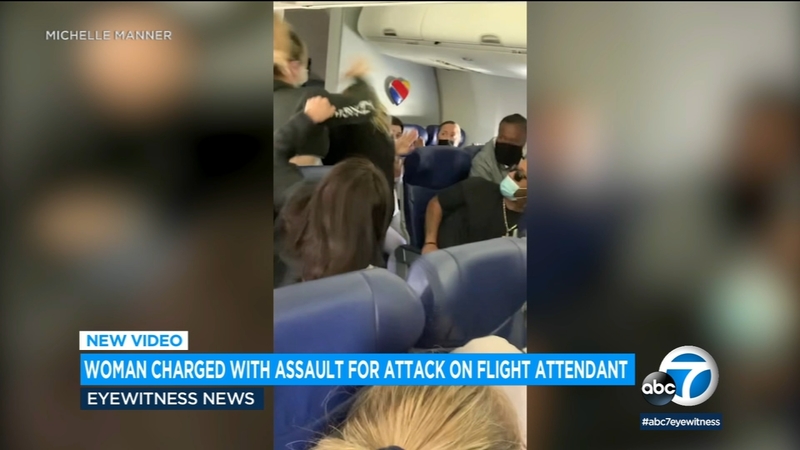 The passenger accused of punching a Southwest Airlines flight attendant and breaking three of her teeth on a May flight now faces federal felony charges.

Vyvianna Quinonez is accused of assault resulting in serious bodily injury and interference with flight crew members and attendants, according to court documents.

This incident is one of more than 4,000 reported to the Federal Aviation Administration this year of disruptive and sometimes violent passengers onboard aircraft. Nearly 3,000 of those incidents involved passengers accused of violating the federal requirement to wear a face mask on airplanes, according to the FAA.

In the Quinonez case, court records say a flight attendant, identified by the initials S.L., asked Quinonez to stow her tray table, buckle her seat belt, and wear her face mask prior to landing at San Diego International Airport on May 23.

TSA defense training is returning after a long pause due to the pandemic. Flight attendants are taking the necessary training to protect themselves amid the numerous attacks we've seen in the air.

Several other passengers intervened, according to the documents, including one who instructed Quinonez to sit down.

"S.L.'s left eye was bruised and swollen; she sustained a cut under her left eye, requiring four stitches; she had a bruise in the shape of fingers on her right forearm, and three of her teeth were chipped -- two of her teeth sustained such serious damage they were replaced by crowns," the court records state.

A lawyer for Quinonez did not respond to a request for comment from CNN.

Quinonez claimed after the incident she "acted in self-defense," according to court documents. She is set to make an initial appearance in court on September 17.

The day after the incident, the union representing Southwest flight attendants said passenger misconduct has reached an "intolerable level." In recent weeks, the union said in-flight incidents and other working conditions have left its ranks "weary, exhausted, frustrated and forgotten."