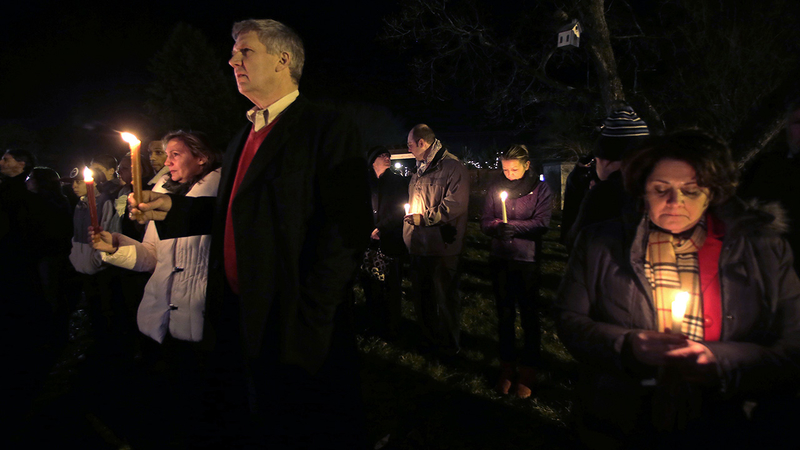 At least 17 dead after shooting at Florida high school

PARKLAND, Fla. -- At least 17 people were killed at Marjory Stoneman Douglas High School in Florida Wednesday in the deadliest school shooting since a gunman opened fire at Sandy Hook Elementary in Newtown, Connecticut.

That Dec. 2012 attack in Newtown shocked even a country numbed by the regularity of school shootings. That assault at Sandy Hook Elementary School killed 26 people - 20 first-graders and six staff members.

The 20-year-old gunman, who had also fatally shot his mother in her bed, then killed himself.

The deadliest school shooting in recent history in the United States took place in April 2007 at Virginia Tech in Blacksburg, Virginia. During that rampage, a disgruntled 23-year-old senior fatally shot 32 people and wounded 17 others before killing himself.

Sandy Hook Promise released the following statement in response to the shooting in Florida:

Today, not even two months into 2018, we saw the 18th school shooting in America this year. Parkland, Florida joined a rapidly growing number of American communities that have been affected by the deadly consequences of gun violence. A 19-year-old former student pulled the fire alarm and opened fire at terrified students at Marjory Stoneman Douglas High School as they were dismissing for the day, killing at least 17 and injuring many others. Our hearts are with the Parkland, FL community as we understand all too well what the community is going through today, and in the days to come.

This is the fifth school shooting just this month and there were 13 recorded in January 2018. The frequency of school shootings are increasing at an alarming rate, and they happen at this rate nowhere else in the world. Students are only midway through the school year, continuously witnessing attack after attack, by many perpetrators who showed signs of a crisis before they turned violent.