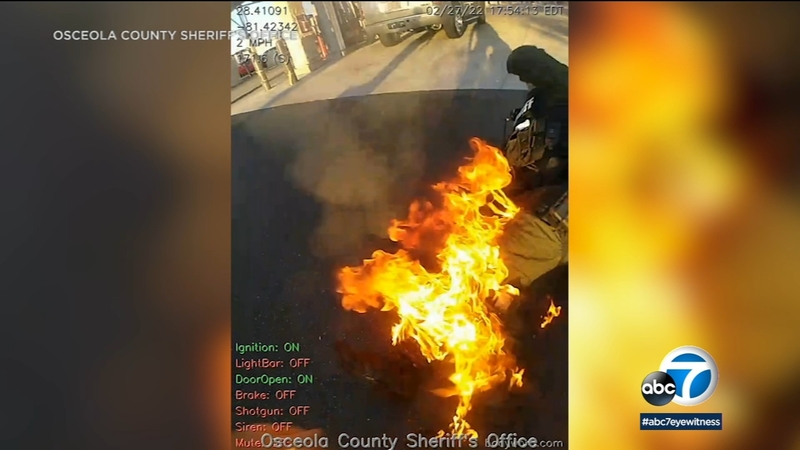 The recently released videos shed new light on what caused the sudden fiery explosion in Florida back in February.

Moments before the takedown, a man is seen on helicopter video leading deputies on a chase.

He then pulled over to fill his motorcycle with gas, and was tackled by a deputy, who fired his Taser.

The state fire marshal says the fiery explosion was caused by the deputy's Taser being used near gasoline.

Both the deputy and the suspect were burned.

While the pursuit suspect faces a slew of criminal charges for his joyride, the deputy involved now faces negligence charges.