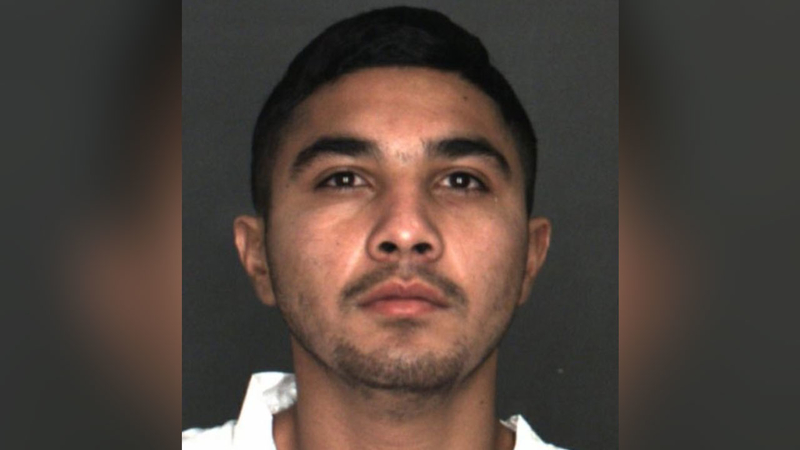 FONTANA, Calif. (KABC) -- A man who was just released from San Bernardino County jail was arrested for allegedly attempting to rape an 18-year-old woman in Fontana. Police tracked him down after he dropped his booking papers at the crime scene.

Fontana police responded to the 16000 block of Pennard Lane on Tuesday after receiving a call from dispatch regarding a woman who told them she awoke to a man in her bedroom trying to attack her while armed with a knife.

When officers arrived on scene, they were not able to locate the suspect, identified as 20-year-old Flavio Hernandez of Rialto.

Investigators said Hernandez entered the home through the front door and stole numerous electronics and other valuable items. Hernandez then left the home and stashed the stolen goods somewhere to retrieve later, authorities said.

He then went back to the residence with the intent to sexually assault a woman living at the home.

Police said that's when the victim woke up to find Hernandez armed with a knife as he attempted to sexually assault her.

"I heard someone going through my stuff," the victim told Eyewitness News. "He said that, 'I just robbed your house.'"

But he didn't stop there.

"He had some intentions and I said no, and he started to climb up my bed," the victim added. "He used his left hand to support, and while is right was free, I grabbed his wrist with the knife and I started screaming."

The victim screamed for family members to help her, which made Hernandez flee the scene.

Investigators were able to identify the suspect because Hernandez dropped his booking application at the scene. The application was from the San Bernardino County Jail, where he had just been released from after serving a sentence for burglary. Authorities said he was released early.