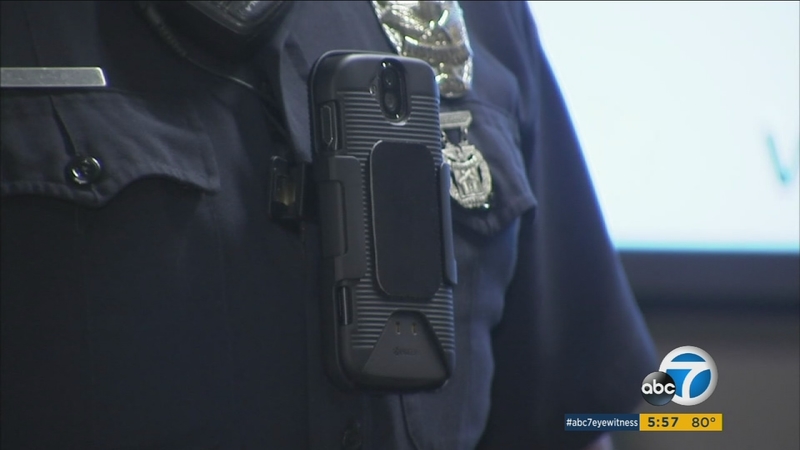 The law enforcement agency is the latest department to roll them out in an effort to enhance public safety and understanding.

The smart phones are equipped with software developed by Visual Labs that turn cellphones into video and audio recorders. But unlike other body-worn cameras, these can capture in real time.

"Body-worn cameras have proven to be very successful. Body-worn camera recordings can provide an objective record of one perspective of a particular event," Capt. Angela Stover said.

Those cases include suspected police brutality. In 2015, a bystander's cellphone video captured an arrest of a suspect in a stolen vehicle. Fontana police said the suspect attempted to hit officers with a two-by-four and resisted arrest. At the time, there was no video from the officer's perspective.

A simulation of the body-worn camera shows what the device can document of an incident, which benefits not just the officers but citizens, too.

"I forsee this vindicating a lot of officers with some of these complaints that we get," said Richard Guerrero, with the Fontana Police Officers Association.