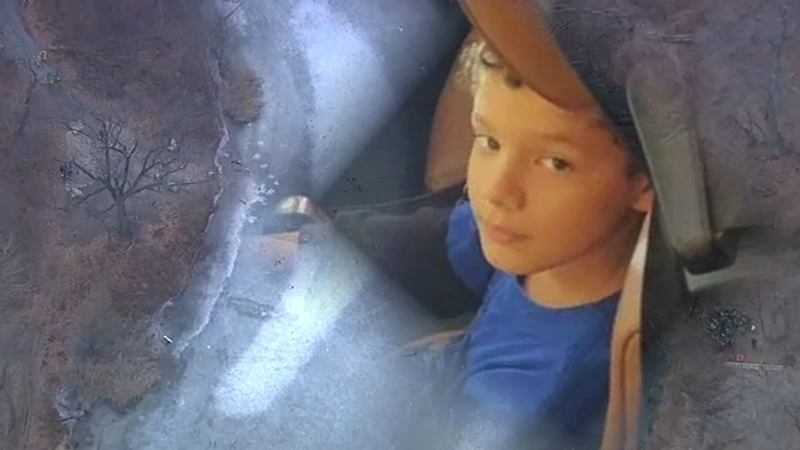 WOODHAVEN, Queens -- An 11-year-old boy died after falling through the ice into a freezing pond in Queens Tuesday. It happened after he pulled his friend to safety, but then fell in himself.

Officials said Anthony Perez and a 12-year-old child were walking on the frozen surface of Strack Pond in Forest Park at about 4:05 p.m., when Perez's friend broke through and went into the water about 50 feet from the shore.

Perez rescued his friend but was unable to get out. The 12-year-old ran to get help, and firefighters worked frantically to save the boy.

Two of them dove into the ice-cold waters of the pond to search for Perez, but they couldn't immediately locate him. One of them shimmied out, got his bearings, and spotted on a figure under the water. He dove back in, he and his partner punching through ice to get closer until they finally found him. They pulled him to shore and began CPR, but it was too late.

"There are signs around all these lakes in the city, we implore you, tell your children make sure they're aware," FDNY Deputy Chief George Healy said. "Today, the temperature was well above freezing. The ice is not safe. It's not going to support your weight and it can have tragic consequences."

The two firefighters were treated for hypothermia.

"He was a good boy," neighbor Angela Vargas said of the victim. "The last time I saw him, he gave me a lollipop."

And when it came time to hang up Christmas lights every year, Vargas knew she could count on her young neighbor.

"He was a good friend, because he gave his life for his friend," she said. "No kid does that. God needed an angel."

His neighbors are still in shock. For those who grew up there, they say the park is what they love about the area. But say they know to respect the water.

"The kids, they don't realize," neighbor Dominique Costanzo said. "Especially it hasn't been that cold lately, for it to be frozen solid."

Neighbor Kevin Orr knows the boy who survived, who he said will carry this weight forever.