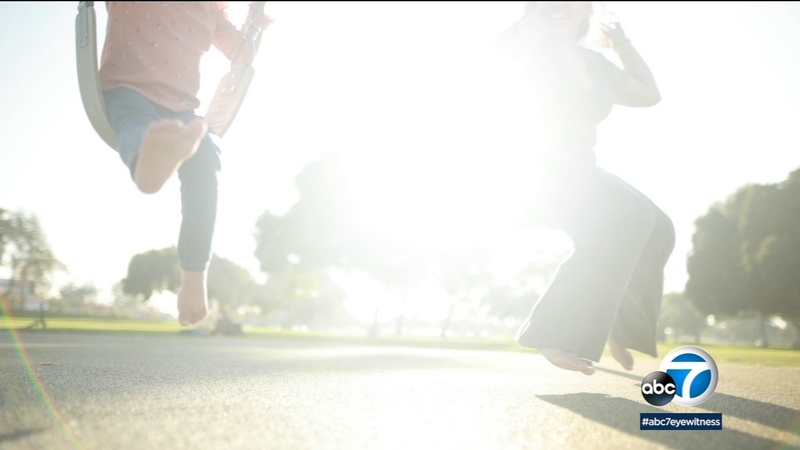 Sex trafficking is a danger many children living in foster care face. It's a horrifying reality that organizations like Saving Innocence tackle head on every day.

There are many different ways children end up being sex trafficked.

"The youngest kiddo we've ever worked with was a tender 7 years old. It's hard to even say that," said Alan Smyth, executive director of Saving Innocence.

Of the kids that work with Saving Innocence, 80% of them are already in foster care.

"It's the fastest growing criminal enterprise in the world, the buying and selling of other people," Smyth said. "It's called the modern day slavery."

Oree Freeman is a survivor.

She has a 2-year-old daughter, she's getting her degree in communications and when she can she visits the streets where she was once victimized to try and help others.

"I went out to a local street right here in Los Angeles. The other night, I counted 78 girls. Twenty [were] probably under the age out of 78," said Freeman. "It doesn't sound like a lot, but those are girls that are being forced to work on the streets. [That doesn't include] the girls working the internet. The youngest that I came in contact with was 14."

The area she's talking about is minutes from the University of Southern California and downtown L.A. The sex trafficking happens out in the open.

But it can happen anywhere - in the middle of a neighborhood or online.

"Don't get me wrong. People live in amazing neighborhoods, in nice communities and stuff, but it's happening right there," Freeman said. "I was sex trafficked right across the street from Disneyland, the happiest place on earth. You can't tell me that it don't happen in your backyard."

She was born in Chowchilla State Prison and given up for adoption by her mother.

"A lot of us, I believe that we come from these homes of generations of trauma that are unhealed," said Freeman.

Freeman was adopted by a single, loving mom who worked three jobs to support the two of them.

When she was gone, Freeman says a family friend started molesting her. She was just 5.

Around 10 years old, her abuse was reported but Freeman says the case was dropped and justice was never served. After that, she ran away from home.

It was also around this time she says her adoptive mother gave up custody.

"I know what it's like from 11 to 15-years-old to be bounced from eight to nine different foster homes and group homes. And nobody wants you," Freeman said. "I know what that's like. And there's so many other kids that are experiencing that today because no one will take us.

Freeman said those who helped her were planting seeds in her life.

She's now in college, getting ready to graduate and has an amazing daughter. But people showing up for her was the first step.

"When I look at my circle around my daughter that's wrapped around her, they didn't only change my life, they're changing the life of the next person, the next generation," Freeman said. "That's what it's all about."

Watch "Finding Family: The Long Road Home" - a special focusing on the children in foster care throughout L.A. County - live on ABC7 Saturday, Dec. 11, at 10:30 p.m.