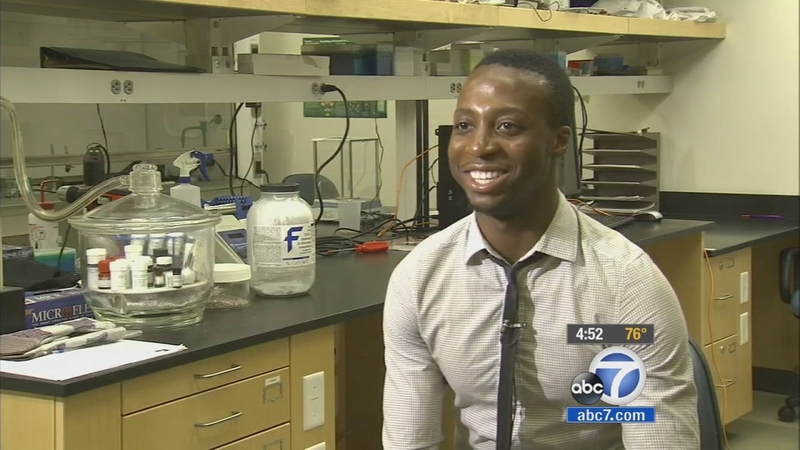 RIVERSIDE, Calif. (KABC) -- For Festus Ohan, it's been a difficult journey growing up without a family. He says he can still remember the day his father abandoned him.

"I went to bed in tears crying, praying, asking God 'why did this happen to me?'" Ohan says. He adds that he can't recall how many foster parents he went through. Seven, perhaps eight.

"My time in the foster care system was the worst time in my life," Ohan says, which made school even more difficult.

"Early on in high school, I got in trouble for fighting a lot, and I was in a pre-expulsion contract," Ohan says.

For a while, his dreams of becoming a doctor seemed impossible.

"Constantly hearing my foster parents throw statistics at me, about there's only a 1 percent chance that a foster kid will even graduate college, let alone attend professional school, kind of impacted me in a way," Ohan says.

Jan Forrester of UC Riverside says she "felt like a proud parent" upon hearing the news of his acceptance letters, and can still remember the day she met Ohan.

"He had never heard that he could do this before, and you could start to see him start to believe he could be a doctor," she said.

Ohan says he hopes his story will be an inspiration to other students who may be struggling.

"Never give up, really hold on to your dreams, because as long as you're able to stick through it and persevere, you will accomplish your goals," Ohan says.

For Ohan, the next stop is UCLA's David Geffen School of Medicine, with a David Geffen Medical Scholarship that covers all expenses.