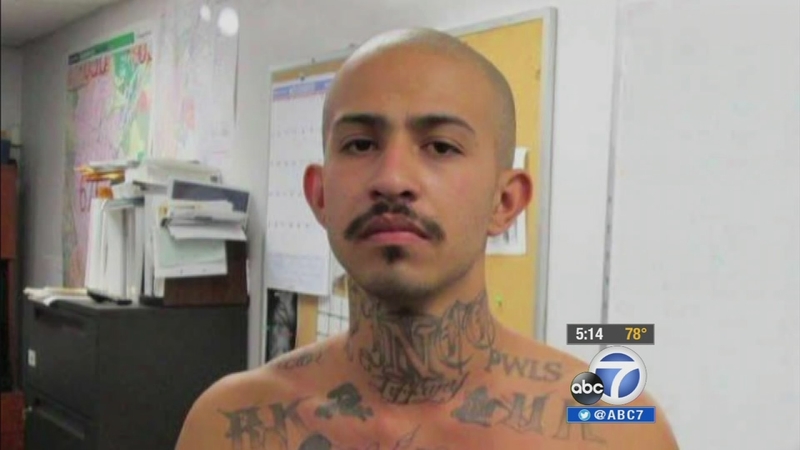 PICO RIVERA, Calif. (KABC) -- Los Angeles County Sheriff's deputies are learning more about the criminal background of a parolee who died in a shootout during a home invasion.

A man who lived at the Pico Rivera home was also killed in the confrontation, shot by a sheriff's deputy who mistook him for the suspect.

At the center of the battle was Cedric Oscar Ramirez, an ex-convict, a known gang member and the subject of a manhunt launched nine days before a deadly standoff at the Pico Rivera home Friday night.

The house was occupied by the family of 54-year-old Frank Mendoza when Ramirez broke in Friday night.

In the confusion, pursuing deputies shot the wrong man.

Monday, the family removed belongings from the bullet-pocked home as the sheriff's department investigated what went wrong.

What is certain is that deputies knew they were pursuing a repeat felon, considered armed and dangerous.

Monday, the sheriff's department released pictures of the car Ramirez stole last month and the weapons he left behind: an AR-15 high-powered rifle and a semiautomatic handgun.

Records show the wanted felon had been in and out of state prison all of his adult life. The former AB 109 probationer was on the run when he was spotted on the 9000 block of Rosehedge Drive.

Investigators say Ramirez shot at deputies at least three times outside the house, then broke in through the back of the house. Deputies entered to evacuate the family. They backed out when Ramirez fired at them in the hallway.

Three got out. Then Mendoza appeared in the doorway. A deputy mistook him for the gunman.

"This incident was beyond tragic, and all of law enforcement grieves with the Mendoza family," said McSweeney.

The violence did not end there. Ramirez held Lorraine Munoz hostage during an eight-hour standoff. The SWAT team freed her after bursting in on Ramirez, killing him after he refused to negotiate.

Friends of Frank Mendoza were bitter about the accident that took his life.

"It hurts my heart to see my friend die at the hands of those who are supposed to protect us," said Richard Santillian.

An autopsy was scheduled for Tuesday for Mendoza and Ramirez.