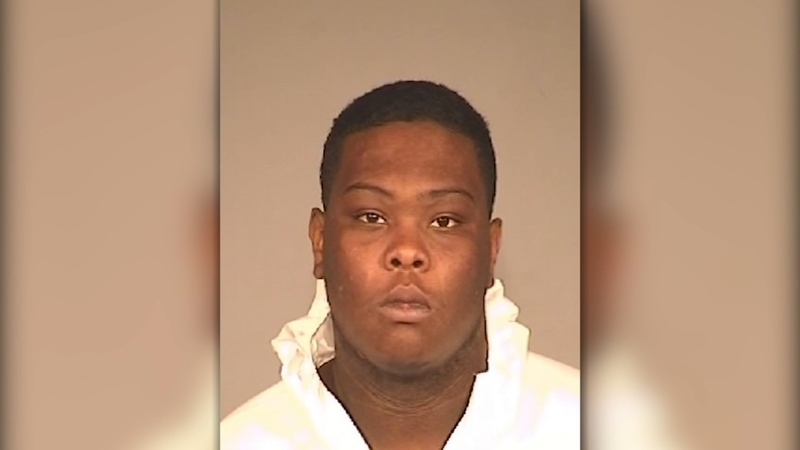 FRESNO, Calif. -- An 18-year-old man has been arrested in connection with the murder of a Fresno street vendor, police announced on Thursday.

#BREAKING @FresnoPolice have released the booking photo of Demarcus Vega, 18, who was arrested for the murder of food vendor Lorenzo Perez. @ABC30 pic.twitter.com/0qG6J8rIBU

Lorenzo Perez was gunned down on Sunday afternoon in broad daylight by a person who police believe was posing as a customer.

At a press conference on Thursday afternoon, police chief Paco Balderrama said Vega had "made admissions to his involvement" in the robbery and murder of Perez.

Vega's arrest was a message to other criminals who victimized street vendors like Perez, said Balderrama.

"The Fresno Police Department is certainly not going to put up with this type of violence in the community and the message I want to send is that for anybody who is thinking of assaulting, murdering any innocent person such as Mr. Perez, we will find you and we're going to lock you up," he added.

This is the sixth robbery of a street vendor in Fresno in the last year, and the second in which the vendor was killed. Another vendor, 53-year-old Jose Luis Rivera known simply as the 'corn man', was shot and killed in central Fresno in November.

This development brought some closure to the Perez family after the pillar of their family was ripped from them.

Perez's cousin Juana Vega Perez said the suspect must pay for his crimes.

"I'm glad they caught him so he's not on the streets causing other people harm," she said in Spanish.

Authorities made the arrest Wednesday night at the Ranchwood Apartments.

There, they spotted a vehicle and a man who fit their suspect description.

Investigators said Vega, who had outstanding warrants, was arrested along with several others.

They also found another clue linking Vega to the murder.

"Several of the individuals who were standing in front of that apartment complex were armed," said Balderrama. "We did recover a weapon which we believe is the murder weapon."

Juana said the loss of her cousin has torn a hole in the heart of her entire family.

She still can't come to terms with his loss.

"He should have just taken his money, but not his life," she said. "He shouldn't have taken his life in such a cruel way like he did."

RELATED: 'He didn't deserve to die like this': Family of murdered street vendor speaks out

Juana says Perez always had dreams of returning to his homeland of Oaxaca Mexico.

Now he'll be laid to rest there.

Vega is currently being held here at the Fresno County Jail on murder charges.

At the moment detectives are still trying to determine the motive behind the murder and if Vega was a gang member.

They're also searching for a second person who may also be connected to the murder.

The city is stepping in to help raise money through a GoFundMe account.

Fresno City Council President Luis Chavez released the following statement on the arrest:
"I am beyond relieved that the man who killed Lorenzo Perez, an innocent street vendor, in cold blood will be brought to justice. I, along with the entire community in Southeast Fresno, continue to lift up prayers to the Perez family during this difficult time. I also wish to thank the hardworking Fresno Police officers and detectives who worked tirelessly to find the culprit and arrest him.

Out of a tragedy, arose a community that rallied around the Perez family and stepped up with support from all sides of our city. This was a unified message from our community that street vendors are off-limits, and we will not tolerate them being victimized.

Chief Paco Balderrama said he was grateful he was able to fulfill the promise he made to Lorenzo Perez’s family today when he got to tell them the department arrested the man they believe is responsible for killing their dad/husband. @ABC30 pic.twitter.com/uTMf4tcy1O