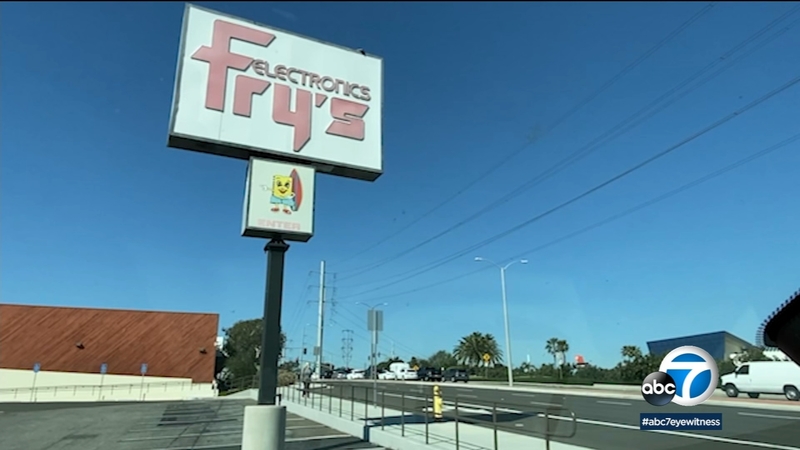 The company, perhaps even more well known for outlandish themes at some of its stores, from Aztec to "Alice's Adventures in Wonderland," said Wednesday in an online posting that the COVID-19 pandemic had made it impossible to continue.

The popular software and electronics retailer has more than two dozen stores operating in nine states, but most are in California and Texas. According to its website, there are eight stores in Southern California. Fry's opened its first store in Sunnyvale in 1985.

The pandemic has done heavy damage to retailers, but Fry's was already getting hammered by online competition and a battle between heavy-hitters Best Buy and Amazon.com.

Fry's Electronics Inc. says it has ceased regular operations and will immediately begin the wind-down of locations. Customers with electronics being repaired in-store are being asked to pick them up.

The stores online presence appears largely to have been shut down.