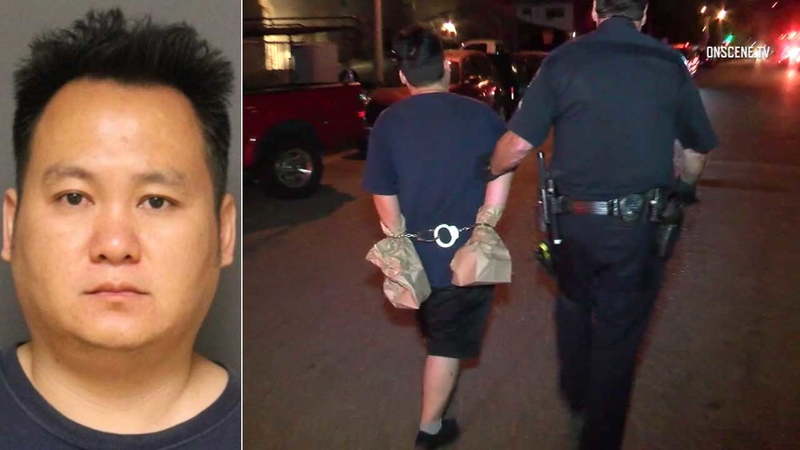 Woman, 50, allegedly stabbed to death by adult son in Fullerton

FULLERTON, Calif. (KABC) -- A 33-year-old man was arrested for allegedly stabbing his 50-year-old mother to death and injuring her 75-year-old boyfriend in Fullerton.

Fullerton police dispatch received a 911 call at around 1:41 a.m. Tuesday regarding a woman who was screaming that she had been stabbed.

When officers arrived at the scene, they found a 50-year-old woman with a stab wound to her abdomen outside of an apartment complex in the 100 block of South Pritchard Avenue.

Investigators also found the woman's 75-year-old boyfriend at the scene suffering from a stab wound to his arm.

Both victims were transported to local trauma centers. The woman was pronounced dead, and the man was listed in serious condition.

The suspect had fled upon the officers' arrival.

Upon investigation, officers learned that the suspect, later identified as Ah Le Fang, was the son of the slain woman. He lived with his mother, her boyfriend and the suspect's adult sister.

At some point Monday evening, Fang and his sister got into an argument. Fang returned to his bedroom and closed the door. His mother tried speaking with Fang through his bedroom door, which he refused to open, police said.

When Fang finally did open the door, he came out with a knife in his hand. That's when he allegedly stabbed his mother in the abdomen and her boyfriend in the arm, and then he fled, police said.

Officers located Fang and what is believed to be the murder weapon nearby. Fang was arrested on suspicion of murder and booked into the Fullerton City Jail.

Police officers have been called to Fang's home in the past for a family incident, authorities said.