1 killed after car careens into Fullerton Starbucks under construction 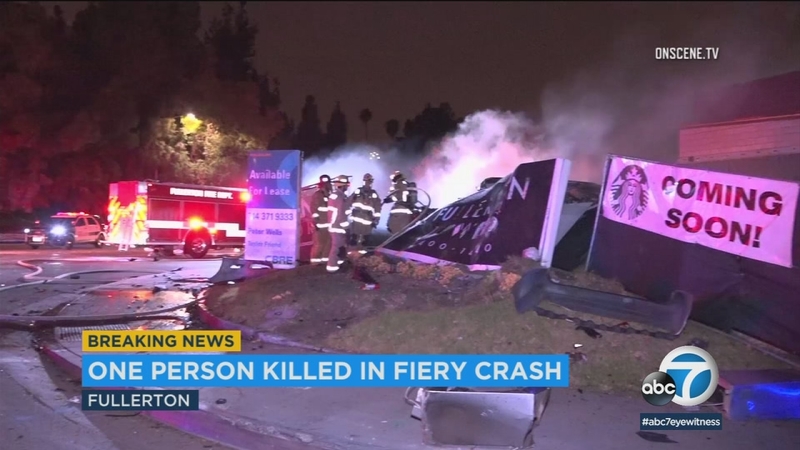 1 killed after car careens into OC Starbucks under construction

FULLERTON, Calif. (KABC) -- One person was killed in a fiery crash at a Fullerton intersection, where a car careened into a Starbucks under construction.

The wreck occurred shortly after 1 a.m. Wednesday at the intersection of Harbor and Brea boulevards. Authorities said a vehicle jumped a curb, struck what appeared to be several electrical boxes, then slammed into the Starbucks.

When first responders arrived on scene, they found the car engulfed in flames. The driver was found dead inside the vehicle, fire officials said.

Investigators believe speed was likely a factor in the wreck. Authorities are also trying to determine if roads were slick at the time of the crash.